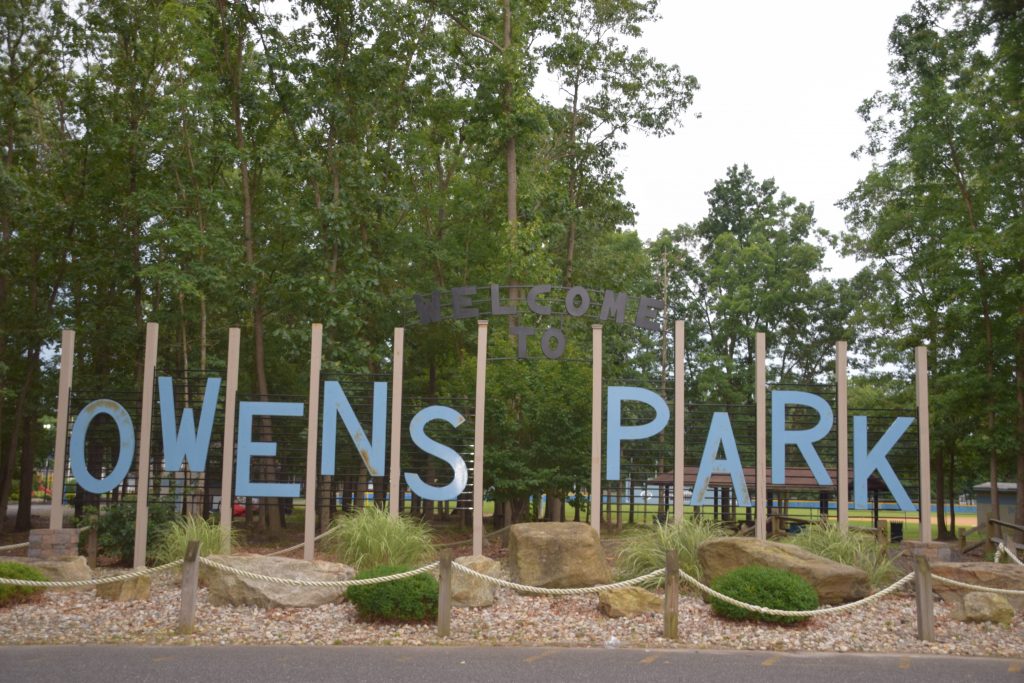 Monroe Township had approximately 2,000 residents attend last year’s National Night Out festivities at Owens Park, and while it was just one municipality in a nationwide celebration, it was a far cry from the inaugural night out.

The first National Night Out was held in August of 1984. Prior to that, Matt Peskin, a volunteer with the Lower Merion Community Watch program, wanted to show off his group’s success by starting a newsletter and distributing it to the community. Over time, he began showcasing other communities’ successes as well and eventually it morphed into a one-night celebration where 2.5 million people in 400 communities over 23 states celebrated in the inaugural year. His goal then was the same as today – to share time with your neighbors while connecting with law enforcement.

The National Night Out festivities weren’t always held at Owens Park. For example, Deputy Chief of Police David Dailey said when he was first on the force he and other officers would drive around the different developments searching for residents hosting block parties or standing outside talking to neighbors. From there they would introduce themselves to the residents and open lines of communication and get feedback from the taxpayers.

Chief of Police Jim DeHart said Owens Park has played host to National Night Out for a few years now. Before that it was held at the Pfeiffer Community Center. Having the celebration in a central location has been advantageous for the officers and community.

“With a town as big as ours, 47 square miles, it would take so long to get through and hit everybody we should be sharing resources with,” DeHart said. “We have 40,000 people, this gives us an opportunity to invite as much of the public that wants to come out. Everything is totally free.”

“The advantage is people know where it’s at. They can come here, we can show them what we have. We can have some positive interaction that way,” Dailey added.

The event is done in partnership with Monroe Township’s municipal alliance. DeHart said they put a lot of time and effort into planning and preparing for the event to involve the community with their mission.

“We use this as an opportunity to show the community what we offer,” DeHart said.

The free event will have something for all ages. Inflatables will be available for the children, fire department and EMS will be in attendance, there will be a K-9 demonstration, and tables from each entity of the police department from tactical entry team to detective bureau to the office of emergency management. DeHart added community affairs will have a table that will have information about the new Town Watch program. The municipal alliance will have a booth too.

The purpose of the event is to bring the community together, and that’s something Dailey understands. He believes the positive environment of a public event can really break down the doors between residents and police officers.

“People can come up and ask questions, they can see us, we’re people,” he said. “We have a job to do but we’re here for the community, we’re professionals, we enjoy what we do and we want to embrace and bring our community together.

“Out there in that setting it’s all positive. We want our community to know we’re there for them and these are the resources and tools we’re capable of doing,” Dailey added.

“It’s an opportunity to bridge any gaps between us and the community. Come out and learn who your department is, let us learn about the community,” he said. “There’s things people might want to bring to our attention that they haven’t had the opportunity to. There’s going to be plenty of officers right there in every specialty we provide. You get to meet them, know who they are and hopefully be able to help and give you more guidance to any problems that you see now or in the future.”