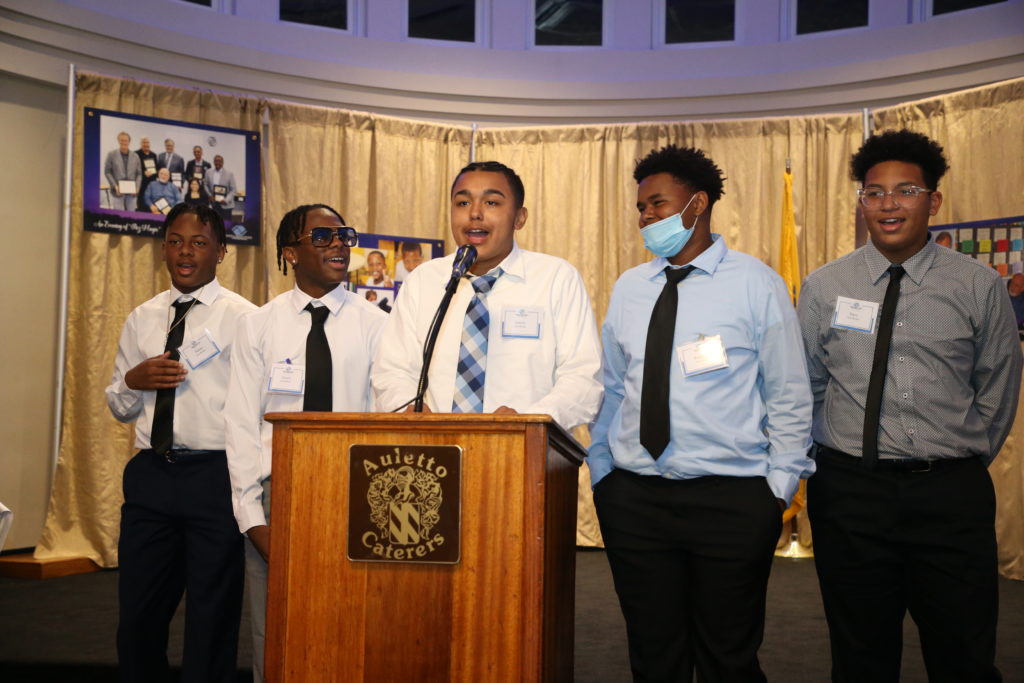 Auletto Caterers in Deptford hosted the Gloucester County Boys and Girls Club’s (BGCGC) annual fall gala, “An Evening of Paz Magic” on Oct. 21, and honored board member John Michael Paz for his accomplishments.

Paz, described as an “innovative entrepreneur,” has helped fund and support the Boys and Girls Club and other charitable organizations in the area. He was awarded the club’s Person of the Year award at the gala for his impact.

“We want to make sure that we recognize the accomplishments of John Michael Paz, who is a remarkable entrepreneur and has helped the community in so many ways,” said the club’s Director of Donor Relations and Outreach Rob Kutzik.

The gala helped raise awareness and money to expand programs within the BGCGC, whose mission statement identifies the importance of providing young people with a safe space that promotes hope and success.

Throughout the night, the 300 attendees at Auletto’s watched as texted pledges were made to the club. Many organizations sponsored the gala and donated prior to it as well, including top sponsors Horizon Blue Cross Blue Shield; Inspira Health; Dr. James George and Family; and the champion sponsor of the night, Parke Bank, which donated $20,000 to the club.

The club has many visions beyond the gala in order for its children to thrive.

“Every day, our staff are tapping into the potential of our kids, tapping into their inquisitive and creative minds,” CEO Patricia Withington said in a speech on the need for fundraising.

The Boys and Girls Club plans to expand its STEM program and develop an internship program for high-school students to receive the experience needed as a kickstart to their futures as professionals.

Other events throughout the night included a performance from club members, an invocation by Pastor Benny Leps, a buffet dinner and a special video presentation congratulating Paz.

The Gloucester County Boys and Girls Club has been up and running since 2003, and Paz has been involved since its early initial fundraising events nearly 20 years ago.

His message to all in attendance was simple: “Be kind.”

“We all know the human spirit’s fantastic,” Paz said. “It comes out in the graces when it’s needed.”