Residents of three homes for older adults will offer their life stories. 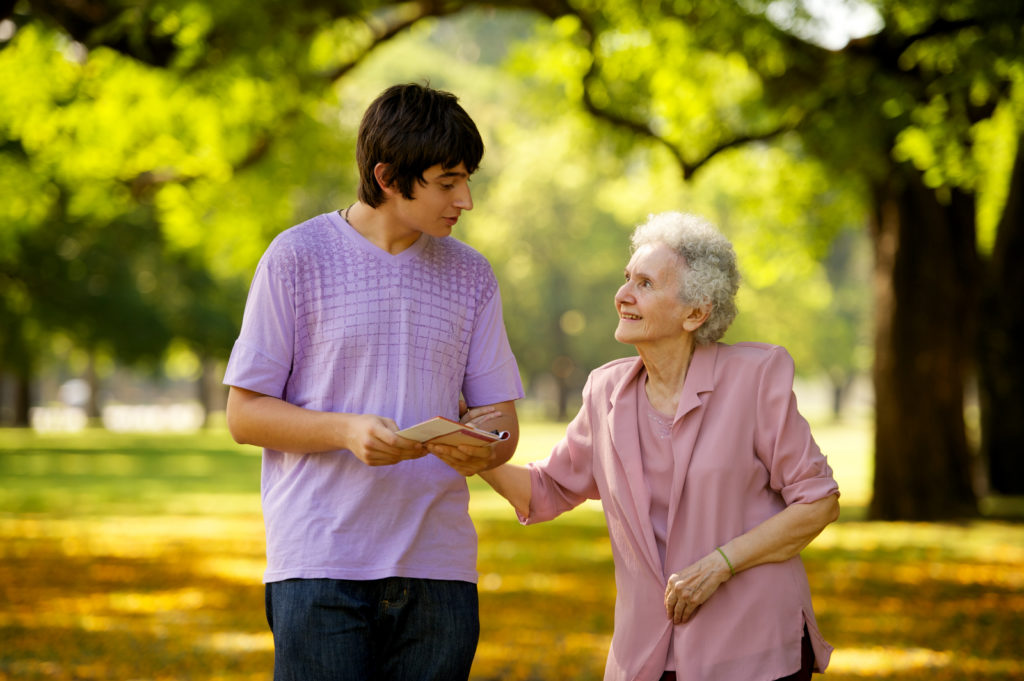 A special collaboration between a group of ninth graders from Haddonfield Memorial High School and senior citizens from three borough centers was to begin this week.

Siegel said students will go to Mabel Kay and interview their senior partners this month, get to know their stories and learn more about history and what life was like before smartphones and sky drones. They will review those sessions and craft a suitable biography, then present it to the interviewee as a holiday gift or memorial keepsake.

“It was an idea I had maybe two or three months ago. I wanted to get school kids involved with Mabel Kay on a lot of different levels,” Siegel revealed on Sept. 18.

“And I reached out to the only teacher I knew at the school, who was my son’s English teacher at the time.”

But Maiese wasn’t satisfied with simply being a contact. She wanted to rush headlong into the project, bringing enthusiasm, funding and more than five dozen eager young minds to the effort.

“I teach ‘The House on Mango Street’ (a 1991 nonlinear novel from Sandra Cisneros),  which is told as a series of vignettes,” she explained late last month. “And I was awarded money from the HET (Haddonfield Educational Trust) to write a book of vignettes.

“I wanted to do something in the community,” she added. “So we have this lesson in the classroom combined with outreach. One of our district goals is project based learning, so this is something valuable and tangible to help the community.”

Deadline for student and senior participation was Sept. 27 and yielded amazing results. With three senior centers included (Mabel Kay, Brandywine and Tarditi Commons), Maiese said there would be two different classes conducting interviews, with an additional class dedicated to editing the final written products. In all, 64 students will lend a hand, 41 to write and 23 to edit.

Maiese also said interviews would be grouped during weekly high-school block scheduling on Tuesday and Wednesday, when 80-minute chunks will be available for students to walk to and from school and conduct interviews on site.

Aside from the usual lessons about daily living without intrusive technology, Maiese wants her students to gain appreciation for the idea that many people who have lived long lives have interesting stories to share.

“And I think their exposure has been limited, so it will be beneficial,” she opined. “I think it’s an opportunity I don’t think they’d have otherwise, to sit and listen and learn and write about people who will discuss their lives and their goals.”

Siegel has procured the services of professional photographer Amanda Hall Studios;  Hall will volunteer to take photos of the interviews for the final product.

During the interview process, Siegel has assured participants, Mabel Kay will do its best to follow all current COVID guidelines. Interviews will either be held outside if the weather is nice, inside with masks or via Zoom if necessary. Maiese added the online option may be helpful for those older participants who are unable to move freely.

“Intergenerational programming is one of our goals at Mabel Kay – such a great way for kids to learn from you and you to learn from the kids,” offered Siegel, who hopes the project will be wrapped up some time between Thanksgiving and the Christmas/New Year holiday vacation.