This past summer, Haddonfield Memorial High School’s cross-country teams engaged
in a friendly game of one-upmanship for local charity organizations.

The boys opted for a mileage challenge to benefit Interfaith Caregivers of the Haddons,
while the girls chose a five-week benefit for Cathedral Kitchen in Camden, with the
community asked to match team mileage with donations of goods.

Months later, that spirit of competition carried over to the rolling terrain beyond the
borough, with neither squad giving quarter to the competition.

“For us, things weren’t condensed, they were elongated. We last competed in February
and we had the summer off. But our guys began training for a potential season back in
March,” Baker said.

Baker laid success squarely at the feet of his captains, who heeded the sage advice to
take ownership of the team. Since coaches were not allowed to be around the team
nearly as much as in normal years, it fell to the seniors to make sure everyone was included and focused on whatever came next.

“Because of this, 2020 will go down as one of the most memorable in my 46 years, for
the right reasons,” Baker added.

Russo, on the other hand, said his girls felt the crunch because a truncated season
meant fewer races and opportunities to measure themselves against competition. They
quickly came to the realization that every day could be the last to practice or run, and so
each opportunity brought more excitement to compete and focus to do well.

“Cross-country is a different sport, in that the pandemic is going to affect how you train
and how you coach,” Russo explained. “But there’s less of an impact compared to football, where there is more contact, and more interaction with athletes. It’s about getting in the runs and workouts, and it’s easier to keep social distancing.”

For the girls, it was the 26th sectional crown overall and 11th straight title. The boys
claimed their 17th consecutive sectional title and 24th in the last 25 years.

Haddonfield also won its 228th straight dual meet, dating back to 1997. It’s a streak,
Baker admitted, that “connects generations, and maintains a sense of pride and
commitment” in keeping the mental and physical acumen required to compete at a high
level.

Commitment for Russo’s gang arrived when he told the senior leaders in a meeting
before the season began that their expectations and goals for the year wouldn’t be met.
There would be a limited number of chances to compete. No extended slate of
invitationals, and after sectionals, no state championship.

“The question became: What are you on this team for? You have one more chance to
teach (your younger teammates) as much as you possibly can,” Russo enthused. “The
seniors have been consummate leaders. They really nailed it. Our program is in a great
place for years to come.”

Baker’s bunch only began to tick off their objectives as they progressed through a
truncated schedule. A scrimmage with Highland early on was approached as if it meant
more than just a dress rehearsal, where the team was elated to race and finally see the
fruits of extended, off-season work.

Leadership rose to the challenge, bringing a slate of junior varsity runners up to speed
on the demands of the program and its culture. Rewards arrived with the added bonus
of growing as a unit through vanquishing opposing runners.

“Winning is a priority, but it comes about because of doing things the right way,” Baker
said. “The kids want to make sure they do their job because they’re not just running for
themselves.” 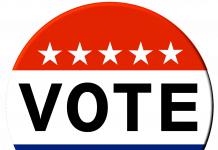 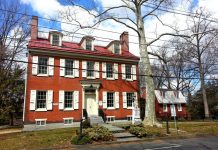