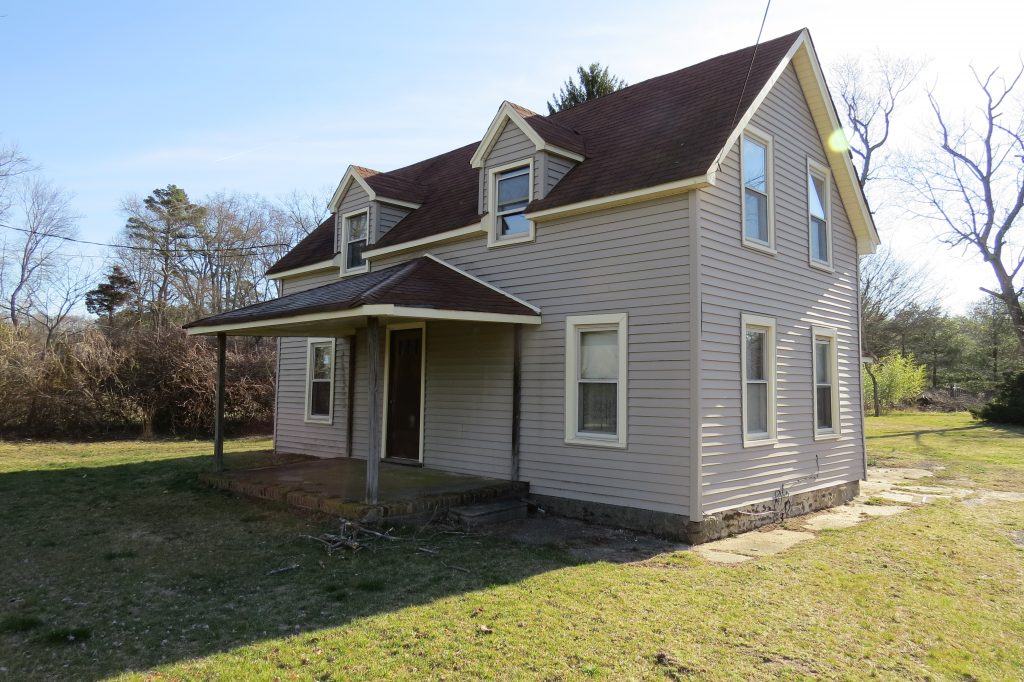 An unassuming building sits at an intersection in the center of Shamong Township, but the house has more stories to tell than it lets on.

The Jennings House on Oakshade Road is one of the last historic farm buildings in Shamong — and iit will soon be the home of the Indian Mills Historical Society (IMHS).

“We hope to restore the farmhouse as a tribute, or monument, to the farming community of Shamong,” said Donald Catts, the historian for IMHS.

Though its age is unknown, the Jennings House has been in Shamong since at least 1878 and has been owned by the Jennings family for more than a century. IMHS plans to restore the building to its original condition and use it as a meeting place, teaching museum and community center.

“There are not too many historical places in Shamong that have not burned down or have been torn down,” IMHS President Joe Reinhart said. “We’re trying to recreate exactly the way it was years ago.”

Once restoration on the house is complete, it will hold historic artifacts that tell the story of Shamong. The historical society has been collecting artifacts like Native American baskets and arrowheads and meeting books and furniture from past organizations.

“There are a lot of antiques and old, historically significant items from the town that we have been able to collect over a period of time,” Reinhart explained. “That is going to be something I think a lot of people may want to take a look at, especially people who are interested in history.”

The Jennings House itself has a long history in the township. Members of the Jennings family have lived and worked in Shamong for more than 100 years. Catts remembers playing on the Jennings farm as a child.

“I knew he was an old farmer back when we were young; he let us stick around a little bit,” Catts recalled. “I know the whole family.”

Restoration on the Jennings House was delayed due to COVID-19, but members of the IMHS are looking for volunteers and donations to help  finish construction by 2024.

So far, the society has completed some structural work and repairs on the house.

“We have made a dent in it,” Reinhart said.

Some of the historical society’s usual fundraisers, like Atsion Day, have also been postponed or canceled because of the pandemic, so it is  accepting donations that will go toward restoration.