For three decades following the American Revolution, all New Jersey residents “possessed of 50 pounds proclamation money” were entitled to vote, leaving the door open for women and free Blacks.

The state’s constitution was then amended in 1807 to exclude women and people of color. But during the intervening 31 years, more than 100 females cast their ballots in New Jersey, and two of them are buried at Moorestown’s Trinity Episcopal Church.

The Museum of the American Revolution’s exhibit, “When Women Lost the Vote,” opened in Philadelphia on Oct. 2 and explores this little-known period in New Jersey history.

Marcela Micucci, curatorial fellow at the museum, said the exhibit is the culmination of nearly two years of research combing through archived poll lists. It was one of those lists that turned up Miriam and Rebecca Venable and their ties to Moorestown.

Micucci explained the museum wanted to have some kind of 2020 exhibition that would mark the centennial of the Women’s Suffrage Movement. Its staff discovered that New Jersey’s state constitution allowed  any state inhabitant at least 21 years old and “possessed of 50 pounds of proclamation money” to vote, and that meant women and free Blacks could have voted if they had met those requirements.

Micucci said the Philadelphia museum’s researchers uncovered a lot of anecdotal evidence from newspaper accounts about women showing up to cast their votes in the 31 years after the “50 pounds of proclamation money” constitution, but had little verified evidence to support those claims. So the staff took a deep dive into archives across New Jersey to mine their records and see just how many women were actually voting during that  time. From 2018 to 2020, they uncovered 18 poll lists, and nine of those poll lists included the names of women and free Black voters. To date, the  research has accounted for 163 women voters during the three decades.

Staff came upon Rebecca and Miriam Venable on a Chester Township poll list. Rebecca was 46 at the time, and she had been widowed by her husband’s passing in 1793. At 21, Rebecca’s daughter, Miriam, was just old enough to meet the voting requirements. Mother and daughter voted in Chester Township in October of 1807, just one month before women were stripped of the right to vote.

“They’re kind of the last women voters of this generation,” Micucci explained.

Rev. Emily Mellott of Trinity Episcopal Church said she was shocked to learn the church’s graveyard has ties to a piece of American history. She said no one at the church knew the women’s stories, but after the museum reached out, she pulled some church records and found Miriam Venable on a confirmation list.

“It certainly makes the history feel not just living, but neighborly,” Mellott noted. 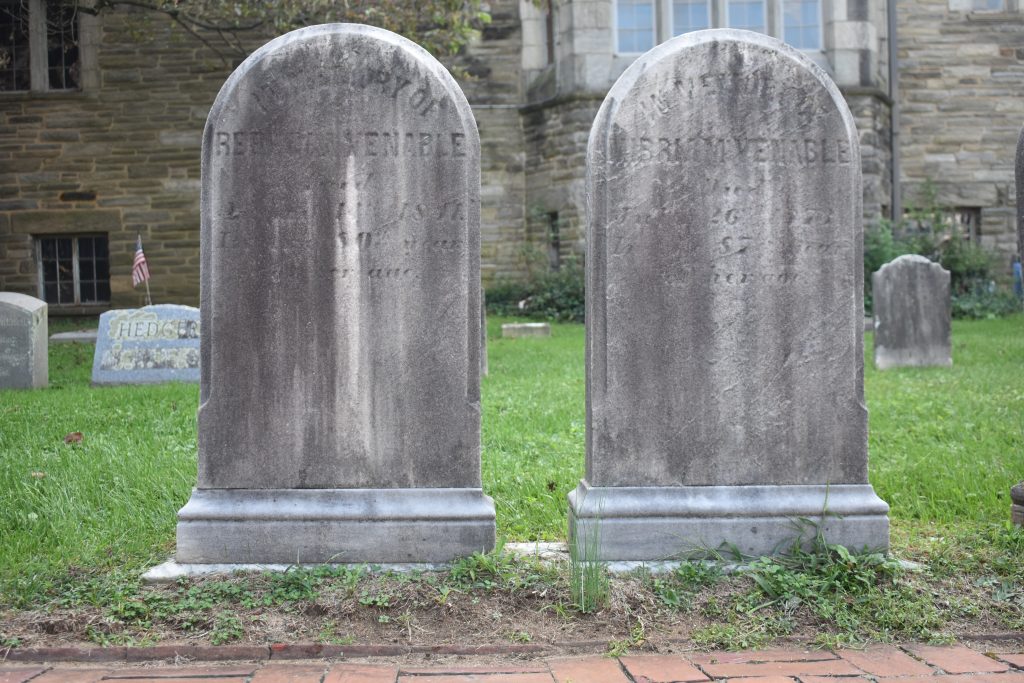 What Mellott loves most about the women’s story is that they were probably just going about their ordinary lives when they cast votes, but the fact that they’d lose that right just a month later made their actions quite remarkable in context.

“Who knows what these women thought when they were exercising their right to vote?” Mellott wondered. “There are so many extraordinary and unique stories buried in our churchyards and cemeteries,”

The Museum of the American Revolution’s exhibit features more than 65 original objects that help tell the story of a forgotten period in history. The poll lists, manuscripts, textiles, ballot box and other items are incorporated into the museum’s core galleries and accompanied by an audio tour that helps museum-goers dig deeper into the story.

The original 1776 manuscript of the state constitution is on loan to the museum from the New Jersey archives, and the Massachusetts Historical Society loaned the “Remember the Ladies” letter that Abigail Adams wrote to her husband, John Adams, in 1776, asking him and the Continental Congress to keep women in mind as they crafted the laws of the land. Micucci said it is believed to be the first time the letter has returned to Philadelphia.

While it is hoped the exhibition provides a history lesson, the museum staff’s wish is for it to also serve as a cautionary tale that rights and liberties aren’t always guaranteed.

“Democracy expands and it contracts; it’s really the duty of citizens and residents to continue to fight and preserve those rights,” Micucci said.

The exhibit will be on view until Sunday, April 25, 2021. The Museum of the American Revolution is open Thursday to Sunday, from 10 a.m. to 5 p.m. Visitors are required to wear a mask. Tickets are $21 for adults; $18 for seniors, students and military personnel; and $13 for children 6 and up. Children 5 and under are free. Due to the museum’s reduced capacity as a result of social distancing, advance tickets are strongly encouraged.

The museum is at 101 South 3rd St. in Philadelphia. To learn more or to purchase tickets, visit www.AmRevMuseum.org.