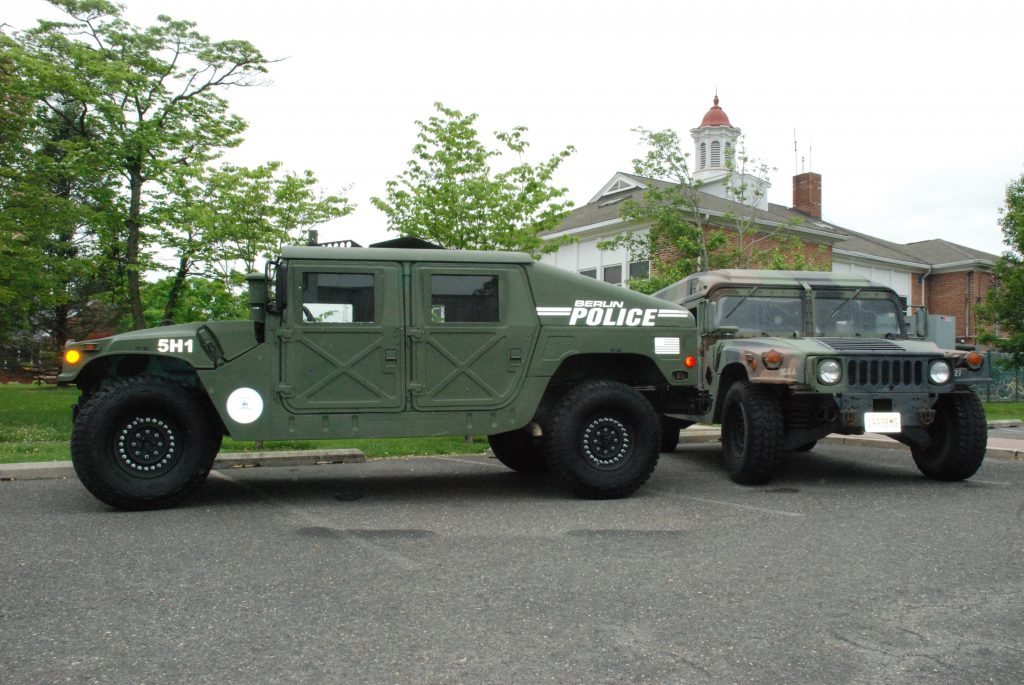 The Berlin Police Department announced via social media last week that its annual National Night Out event has been postponed until Tuesday, Oct. 6, due to the COVID-19 pandemic.

The event is typically hosted on the first Tuesday of August in municipalities nationwide. The annual community-building campaign helps to promote police-community partnerships and neighborhood camaraderie.

Three years later in August, 1984, National Night Out was introduced  to better connect neighborhoods and their respective police departments and other emergency responders. The first celebration, according to the National Night Out website, involved 2.5 million community members across 400 communities in 23 states. Since then, the annual celebration has spread to every state and territory in the nation.

National Night Out helps promote interaction between the community and the department, something the Berlin Police Department actively does throughout the year through numerous events. But according to Josh Smith, one of four members of the department’s community relations team, COVID-19 has cancelled events for several months and hurt the relationship between police and residents, as well as students.

“We had to cancel a portion of our Law Enforcement Against Drugs program in the schools; we had to cancel our Police Week events at Berlin Community School and Mt. Carmel school; we had to entirely cancel our Jr. Police Academy,” said Smith. “Of course as it pertains to community events, we weren’t able to participate in Fourth of July events, while our Cool Off with a Cop and Coffee with a Cop events have also been cancelled.

“That’s what we’ve gone through in a nutshell.”

Municipality and organization events have been able to go virtual in recent months despite COVID, to allow for some communication and interaction. But Smith said while that may be possible to do for the department, the importance of in-person interaction with officers is the most important part of those events.

“Community engagement is such an important in-person thing,” Smith explained. “People don’t often like to call the police and it’s sometimes their last resort … Ninety percent of the problem is that callers waited too long to call.

“In hosting a virtual event, we know it’s possible, but I just don’t see that interaction being nearly as beneficial to that in-person interaction. Community relations means exactly what it says.”

Smith said the department may have to resort to virtual instruction for work with schools this upcoming fall, which the department will look to do to help educate students, however community events are a must for in-person interaction.

Though events have been cancelled or postponed, Smith said the police department has increased bike patrols and visits to gatherings in the community in an effort to facilitate conversation and interaction. But there has been an overall decrease in communication between residents and police, making the National Night Out reschedule date in October that much more important.

While some municipalities may elect to host one large event at a central location, the original concept of National Night Out promotes block parties in neighborhoods across town, which Berlin Borough does. As long as outdoor gatherings and other events affected by state orders stay near current acceptable levels, Smith believes the department will be able to take part in National Night Out.

“We’re going to monitor what the governor is putting out and the emergency orders and see where that places us for National Night Out come October,” Smith noted.

“As of right now, it looks like it should be a go as long as issues don’t get worse, with regard to social distancing and face masks.”

But conversations are still going on internally regarding how the department will interact with residents who help organize events in their neighborhoods and how hosts can safely hold events, with regard to issues like food and safety. Smith said new information will be posted to the department’s Facebook page.

The one event that the Berlin Police Department has not cancelled is its annual blood drive at the Berlin Community Center, scheduled for Oct. 23. The drive will be by appointment only and more information will be available in the near future.