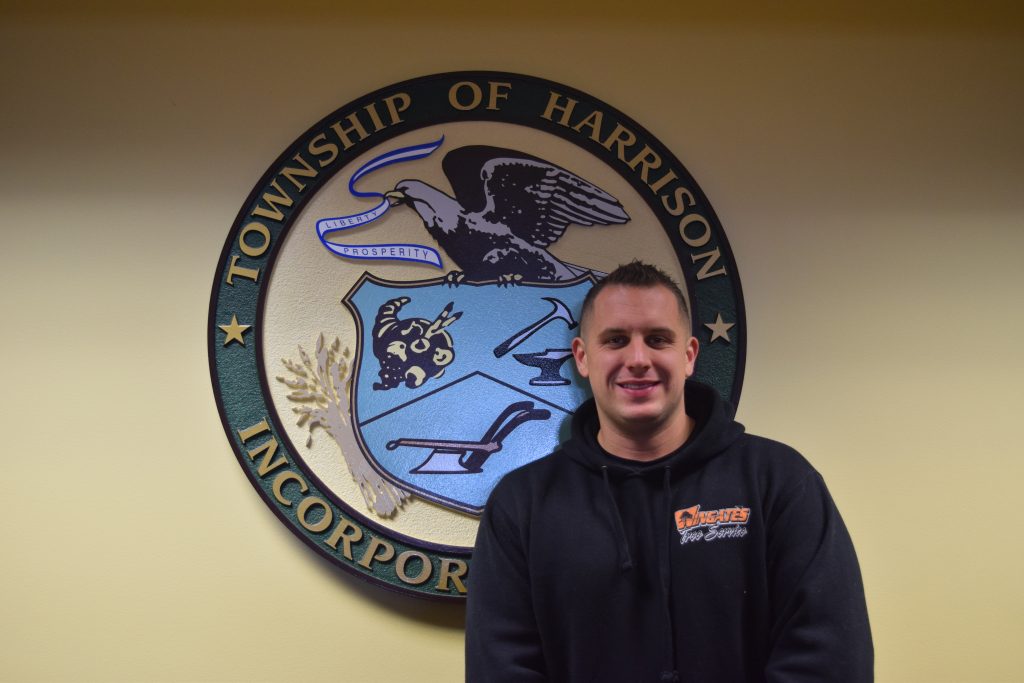 For about the last year and a half, Adam Wingate sat in on Harrison Township’s many board and commission meetings, taking notes on goals and necessities.

But as of Jan. 2 — when he was sworn in as a newcomer — Wingate participates as a sitting member of the township committee, continuing his family tradition as a third-generation township public official.

“It was quite different from sitting from the third row back to actually being up there now,” Wingate said. “It’s definitely rewarding, especially since I’m third generation in this town.”

Wingate comes from a line of family members who’ve been part of the town’s history. His grandfather, Clarence, was the first chief of police in Harrison Township and his father, David, was the first lieutenant. Adam Wingate feels it’s his civic duty to follow in his family’s footsteps.

“To make your own footprint in a different matter, not so much being out there in law enforcement, but to be up here and still represent the community is quite an honor,” he noted.

The 29-year-old had been interested in government since he was a sixth grader at Pleasant Valley School, when he shadowed a township committee member as part of a career program.

“I was always wanting to know what was going on in the town,” Wingate said. “I always knew I wanted to make a difference. I know a lot of changes are coming, and I know to make sure the town keeps its same identity and it doesn’t change and become something that Harrison Township is not.”

Wingate, who has an 11-year-old stepson with his wife, Rebekah, believes the identity of the community is the reason most families move to the town. He described it as a close-knit community and reminisced about a time when Harrison was still considered an antique town. He added that everything residents need is already in town, without the hustle and bustle of other popular South Jersey towns such as Cherry Hill and Voorhees.

Wingate’s election comes at a time when the township is in the final legal stages with the developer of the long-awaited Richwood development project, which is expected to build out a majority of available space in the township. The project will produce retail and business sites and about 1,500 area homes.

“I know a lot of people were concerned with the comment that was made about the ‘new Moorestown,’” said Wingate, referring to a description of Harrison Township from state Senate President Steve Sweeney during a Jan. 2 reorganization meeting he attended.

“Mayor Manzo already said that we believe we’ve already surpassed Moorestown,” Wingate added. “Because you go up there and you’re stuck in traffic everywhere you go. I talked about Christmas time, driving through Main Street and how it’s decorated here.

“It puts a smile on your face to realize that it’s still our small hometown that hasn’t exploded over the years.”