Schofield, a physics and chemistry teacher at Deptford Township High School, is the recipient of Teacher of the Year for 2019-2020 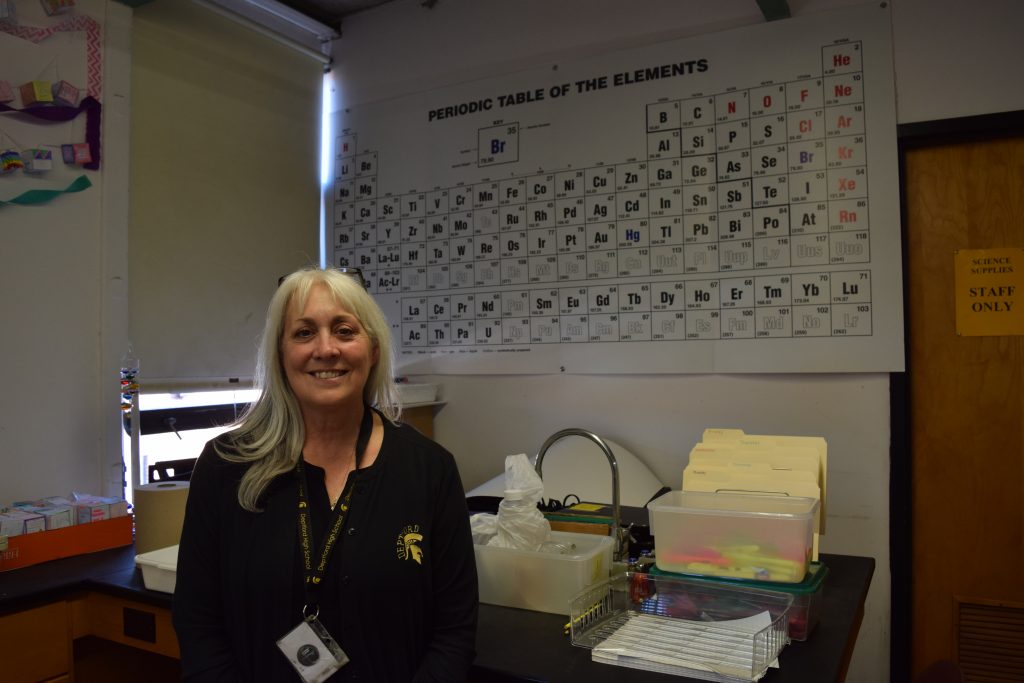 Catherine Schofield, a physics and chemistry teacher at Deptford Township High School, has been named Teacher of the Year for 2019-2020.

As a teacher of introductory to advanced sciences, Schofield instructs ninth and 10th graders in college prep physical science. But the two-time recipient of the award also finds creative ways to get students involved with their community.

Students who take her class start out with the base skills of data points collection and what to do during an experiment. From there, they move on to basic chemistry, followed by  nuclear chemistry, basic physics such as velocity and acceleration and a taste of earth science.

“What they had to do was say to themselves ‘Here’s the alternate energy source. If I try to put this into a children’s book, it can’t be incredibly complex,’” Schofield explained. “These are advanced kids, so they had to bring it down to a level of a child.”

But that wasn’t the best part, Schofield recalled. After their project, her high schoolers met with children from the special education class and helped them create their own book on a science topic, namely the weather.

“For me, it brought the community together,” Schofield noted. “My students got to share their time with them and help them to create something special that is still in their classroom to this day.”

Schofield began her career in 1979 as a Middletown middle school teacher. From there, she taught K-12, going back and forth between Christian and public education, while taking time off to raise her child. She’s been at Deptford High School since 2005.

Her favorite thing about the profession is that no two days are the same.

“It’s always an adventure; you never know what you’re going to walk into,” Schofield explained. “Ninety-nine percent of the time it’s wonderful stuff. Periodically you have a challenge, but we get the challenges so we can appreciate those wonderful moments.”

She considers technology — specifically cellphones — the most challenging part of her job because it can hinder the ability to connect in person.

“In the grand scheme of things, when they go out into the workforce or on to college, it’s the relationships that matter.”