Burlington Township resident Fred Schwartz hasn’t had an easy life since he was diagnosed with multiple sclerosis in 1994, but he isn’t letting his condition slow him down. In fact, Schwartz has traveled faster than most people do their whole lives (outside of an airplane).

In equal parts to raise awareness about MS and to show what someone with MS is capable of, Schwartz has taken on the last hobby you might expect from someone with his condition – skydiving.

At age 24, Schwartz received the diagnosis that would alter the rest of his life. With no previous history of illness, it came as a complete surprise.

“I was a young, healthy guy. I didn’t even have a regular doctor I went to,” said Schwartz.

He was able-bodied and felt perfectly healthy until one morning when he woke up deaf in his right ear.

After a doctor he found through the Yellow Pages referred him to a specialist, Schwartz went through a series of tests and was told his loss of hearing was the result of either MS or an acoustic tumor.

“At the time, I didn’t really know anything about either. The tumor sounded worse to me, but in hindsight it would have been a lot better,” said Schwartz.

When a neurologist determined he had MS, Schwartz recalls being told he had a “mild case of MS.” For about five years, that seemed to be the case and Schwartz’s life remained largely unchanged until he began having difficulty walking.

By 2002, Schwartz was feeling the true effects of his condition for the first time and began relying on a wheelchair.

He became involved with the National MS Society both as a resource for himself and as a way to help others through volunteer work. He met Melissa Bruno through his work with the society and she recommended he take on a case manager.

“I don’t know if other people with MS take advantage of all that society has to offer but I found (the National MS Society) to be super helpful,” said Schwartz.

In 2011, Schwartz made his first jump to raise money for the Myelin Repair Foundation, a nonprofit based in California that he was also volunteering for at the time. As a smaller foundation, MRF had no walks or major fundraising activities to speak of, so Schwartz decided on the stunt to raise money and awareness. 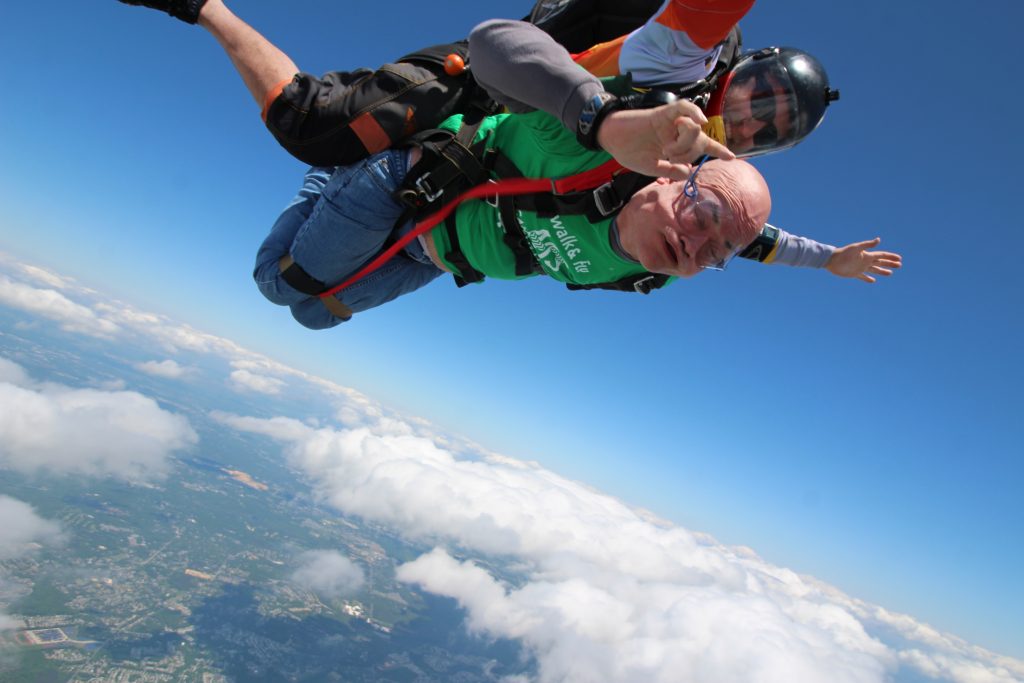 “The first one was the most exhilarating,” said Schwartz. “In the doorway to get out of the plane you’re looking over the edge and you can see you’re almost three miles up. You can see the ground and the wind is howling.”

In addition to raising money for a cause he believes in, Schwartz had something to prove with his death-defying feat.

“There was an element of showing that someone with my level of disability could still do something like that,” said Schwartz.

He made his most recent jump in conjunction with the National MS Society’s Walk MS, which he has participated in intermittently since his diagnosis.

“I decided my tagline would be ‘I can’t walk, but I can fly,’” said Schwartz.

For more information about Schwartz and to watch a video of one of his dives, visit nationalmssociety.org/goto/icanfly where you can also make a donation to support programs and services for people with MS as well as research into a cure. 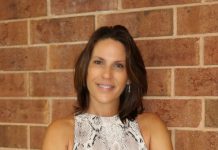 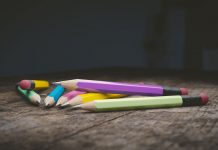