“One of my friends, Mike Mulvihill played (volleyball),” Guetens said. “He told me to come out and watch a game. I came and watched JV and varsity play.”

“It was something completely different than I was used to seeing,” Guetens continued. “I never watched a real volleyball game. I always played it in gym and stuff. But it was a different atmosphere. After that, I decided to start coming to every single one of their home games freshman year.”

After enjoying the game from the stands as a freshman, Guetens decided to try out for the team as a sophomore. Two years later, Guetens became one of South Jersey’s top players, breaking Washington Township’s single-season kills record with an Olympic Conference-best 238 and becoming first team all-star in both the Olympic Conference and Gloucester County. These accomplishments and more are why Guetens is South Jersey Sports Weekly’s Boys Volleyball Player of the Year.

“He stood out even for someone that’s never played,” McBrearty said of first seeing Guetens at tryouts in 2017. “He’s very athletic, he was quick, a very quick learner. And he ran with it. He wanted to always do his best whenever he was on the court.”

While Guetens always had plenty of raw athletic ability, he pointed to 2019 as the year he developed the intelligence and court vision to take his game to another level. Guetens credited experience and guidance from his teammates and coaches for developing outstanding volleyball sense.

“Coming into a new sport, you’re just trying to do your best,” Guetens said. “But this year, I realized I’m a volleyball player, not just a soccer player trying to play volleyball.”

Guetens’ kills total came from his ability to put the ball where he needed to in the right spots. McBrearty noted how Guetens was able to hit both the hard spike as well as the soft tip. She felt the key was his ability to know which move to make at the right time.

Guetens won’t take all of the credit, though. He feels his success can be attributed to the success of his teammates, from Justin Bautista and his team-leading 266 digs to sophomore setter Tyler Jones, who became a huge part of the Minutemen’s offense in 2019, tallying 677 assists.

“I don’t think fans realize how important (chemistry) is, from the serve to the pass, to the set, to the swing, to the coverage,” Guetens said. “You need a full six of good players that care about each other, that want the player next to them to be as good as them.”

“These guys wanted it and their work ethic was outstanding to achieve it,” McBrearty added. “They worked as a unit to achieve it.”

Washington Township’s talent and tight chemistry paid off in a big way. The program’s 24 wins were the most ever in a single season. The program won a share of the Olympic Conference American Division title for the first time in more than a decade and advanced all the way to the South Jersey semifinals in the postseason.

Perhaps the biggest achievement for Guetens and his teammates, however, was the program winning the Gloucester County Tournament title for the first time ever. The Minutemen defeated GCIT, Williamstown and Kingsway on May 17 to win the title.

Whatever you dream you can achieve. For the first time ever TWP Boys Volleyball are Gloucester County Champions??? @twppride @WTHS_Athletics @SuperintendWTPS pic.twitter.com/RR2GOaHLvN

“The county win was definitely something special,” Guetens noted. “There’s no better feeling than lifting a trophy in a championship.”

Four years ago, Guetens thought volleyball was just a sport played in gym class. Now, Guetens considers it to be a major part of his life. Even though soccer will take up his focus athletically in college, Guetens plans to keep playing volleyball in his spare time.

“Offseason for soccer, I’ll probably stick with it playing club (volleyball) in the gym,” Guetens said. “Because honestly, who doesn’t like to play volleyball?” 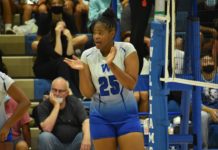 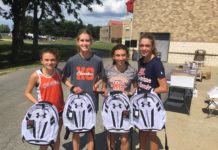 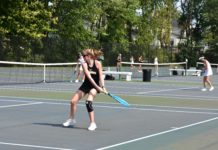