While attending the township meeting Monday, Oct. 15, I was bullied and silenced by town solicitor, Howard Long.

My question was aimed towards Michelle Nocito, while attempting to find out the facts of an incident that took place at Eastern High School last year, where a student was wrongfully accused of trying to shoot up the school based on a news article that I read published by The Courier Post on March 3, titled “Eastern Threat Claims against student were gossip”.

Screaming, Mr. Long, not Ms. Nocito, told me I was not permitted to discuss this incident because it was in reference to a minor (not true), with no further discussion. As a Voorhees citizen I didn’t get to express my concern and understand if councilwoman Michelle Nocito abused her power to have Voorhees police get involved in an Eastern High School situation that had been investigated and resolved.

After this meeting I have come to the conclusion that both Jason Ravitz and Michelle Nocito have conducted themselves in outrageous and resoundingly disturbing behavior, which is a betrayal of public trust.

We deserve better which is why I’m supporting Carmine Valentino and Ilyse Pinette. I believe these two candidates to be of the character I would expect of an elected official and I would hope under their board that a man that so clearly is not afraid to speak so disrespectfully to a woman, mother, and Voorhees citizen would not have an opportunity to be hired for the job of town solicitor in the future. 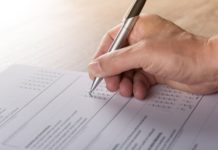