Cherry Hill East girls’ volleyball improved its record to 3–0 yesterday in a thriller against Group IV-rival Williamstown High School. The Cougars edged out the Braves in three sets, winning 26–24, 21–25, 25–23.

The Cougars are back in action Friday afternoon when they host Seneca High School.

The Cherry Hill East girls’ tennis team won its eighth straight match to begin 2016 on Wednesday as they downed Cherokee High School, 4–1. The Cougars won four of the five matches in straight sets, with the only loss coming at third singles.

The Cougars will try to improve to 9–0 this afternoon as they host Lenape High School in a rematch of last year South Jersey Group IV championship.

Cherry Hill East boys’ soccer dropped its second straight game as they lost to Cherokee, 3–1, on Wednesday afternoon at DeCou. Cherokee got a pair of first half goals to take a 2–0 lead into the half. Rob Sparrow scored for Cherry Hill East on a breakaway early in the second half to cut the Chiefs’ lead to 2–1, but the Cougars were unable to close the gap further.

Cherry Hill East will visit Timber Creek on Friday in their next game. 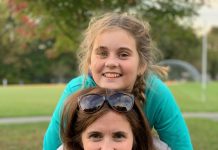