Eastern to perform ‘Frozen’ as its spring musical

High school is among few in U.S. to take on the show 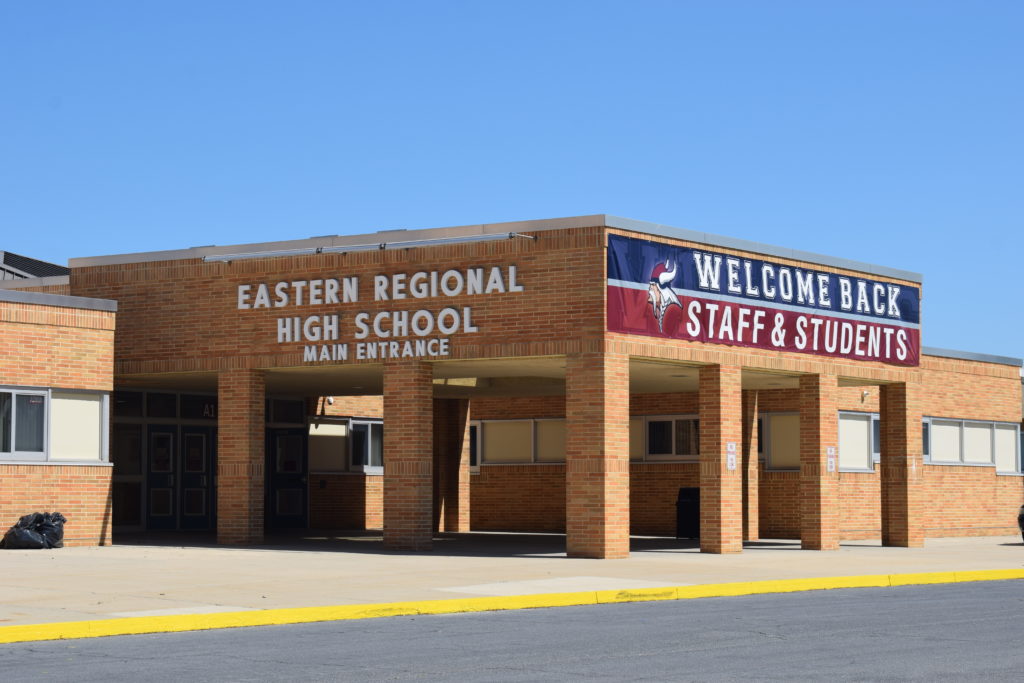 While many in the area hope we’re experiencing clear sunny days the last week of March, Eastern Regional’s theater club will be “Frozen.”

It was announced in September that Eastern is among 51 schools in the nation that got  production rights to “Frozen: The Broadway Musical,” and it is the only school in the state taking the show on. The schools are part of a “test” run for U.S. theater departments to confirm if their versions of the musical are fit for their students. Past productions have been adaptations of the show, such as “Frozen Jr.” or “Frozen Kids.”

Eastern junior Zoey Blackman wrote an article detailing the significance of Eastern’s selection for the show. Blackman is also a part of the school’s journalism program, and with the help of Theater Club Chair and play director Dr. Greg Molotsky, he explained details of the March production.

“Along with a beautiful story, “Frozen” is extremely famous for its well-known and catchy songs,” she said. “Don’t lie – everyone has belted out (the song) ‘Let it Go’ in the shower before.”

The movie version’s songwriting team of Kristen Anderson-Lopez and Robert Lopez revised their music and also created new songs for the Broadway production of “Frozen.”

“These songs now take the Eastern stage,” wrote Blackman, who will play Anna.

The show was cast last month and rehearsals began right away for a production that is said to be a challenge when it comes to vocals, dance, and acting. Shows begin on March 24, with performances March 25, 29, 30 and April 1 and 2.

“Frozen Jr.” is a shortened version of the musical for middle and elementary schools that is mostly based on the movie. The Eastern show will be a combination of the Broadway, tour and London versions. While Blackman performed in “Frozen Jr.” as an eighth grader, she knows there will be differences in her high school’s version.

Blackman is also excited about being part of the musical’s national “test” run, but also recognizes the challenge Eastern faces.

“The production itself is huge,” she said. “  … I think I have like six or something wig changes, I don’t know how many costume changes. In that aspect there is a lot of pressure. It’s not a normal high-school show that we have put on before.

“We know there will be a bigger audience,” Blackman added. “… Nobody (in high school) has done this before.”

Tickets for “Frozen: The Broadway Musical” will be available on the Eastern website as show dates get closer.