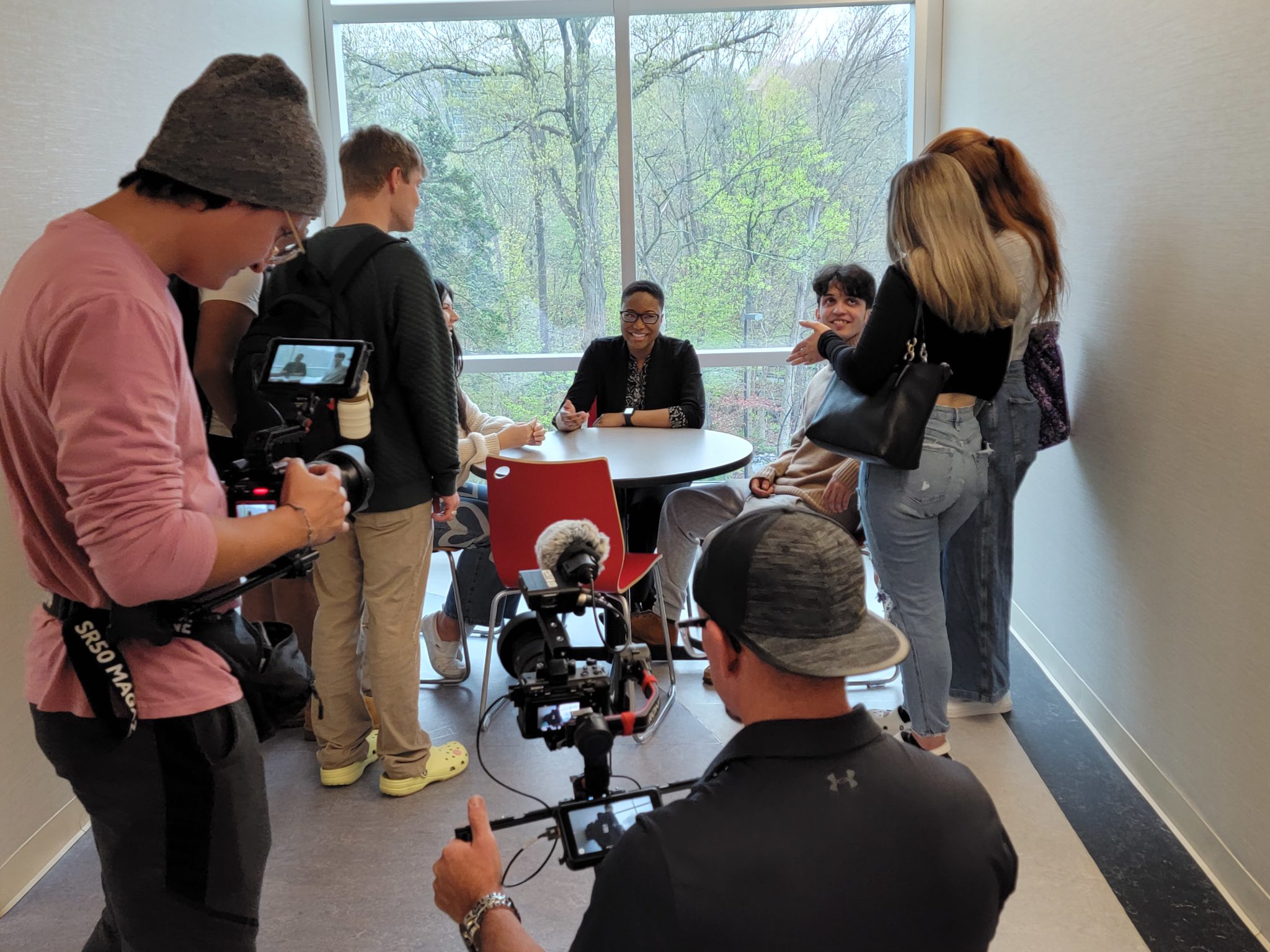 Special to The Sun: Maya Peacock shoots her segment of “The College Tour” series on Amazon Prime. 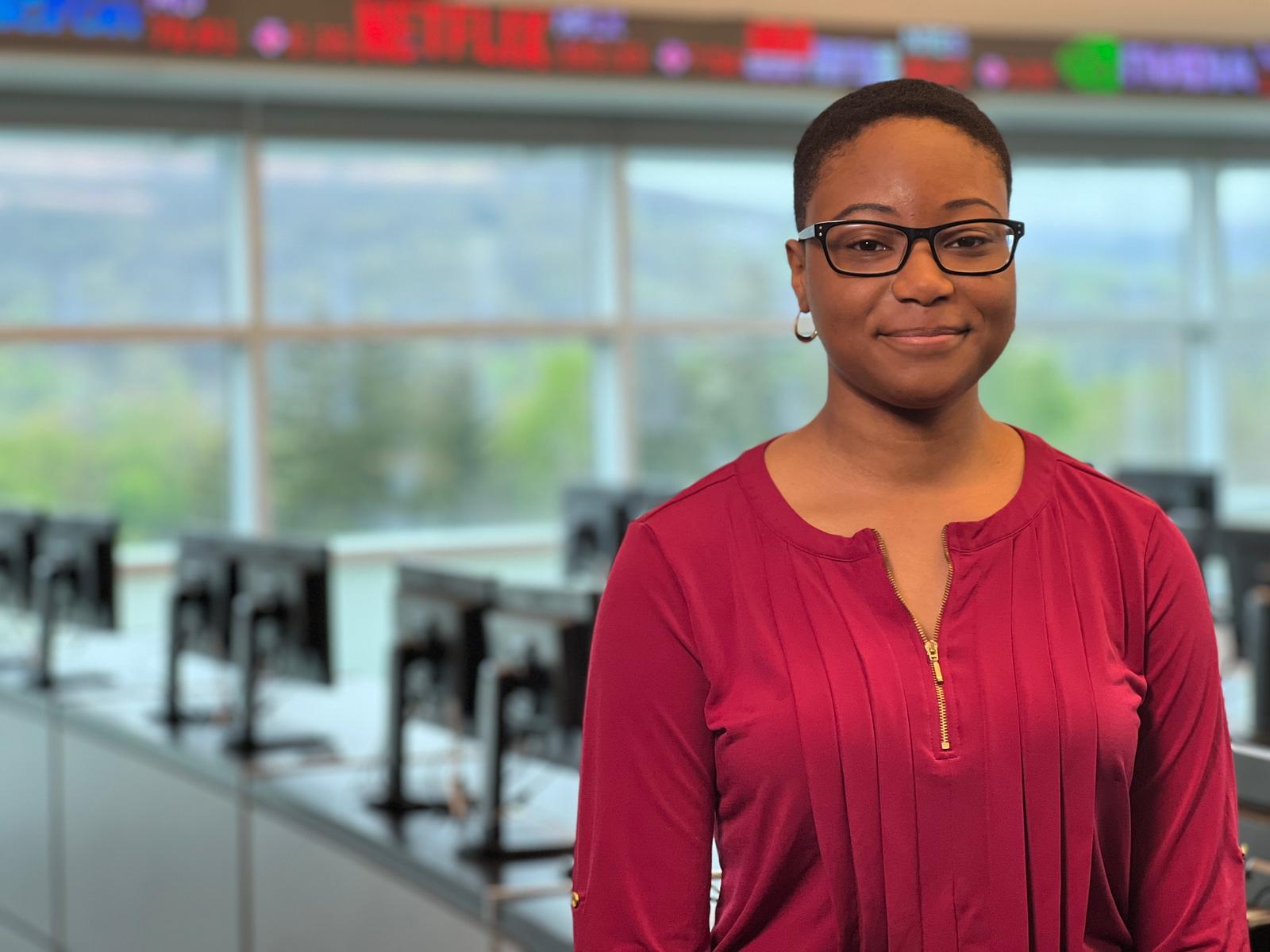 Special to The Sun: Maya Peacock’s episode of the Amazon Prime series “The College Tour” will premiere on Nov. 2. It has already been screened at Ramapo College, where she is a student.

Marlton native and Ramapo College of New Jersey student Maya Peacock  will be featured on an upcoming episode of the Amazon Prime series “The College Tour.”

The show gives young people an inside look at what it’s like to be a college student.

Peacock is a junior at Ramapo and a graduate of Cherokee High School. She studies Japanese and is majoring in mathematics, with a minor in finance and data analytics. She wants to earn a master’s in data science.

“I’m interested in data and business analytics,” she said. “I’m looking into internships that have to do with data analysis and strategy.  Since I’m studying Japanese, I’m interested in companies who have a connection with Japan, so hopefully in the future I can do something that involves working with people from Japan or working in Japan.”

Peacock said she chose Ramapo because the area around it made her think of her hometown.

“I mainly chose Ramapo because it reminded me of Marlton,” she noted. “The suburban area in Mahwah looks exactly like Marlton; it’s a very nice community. The only difference is the mountain view and that New York is five minutes away.”

Peacock said the Amazon show was brought to her attention by her student advisor at the college, who asked if Peacock would be interested in recording a video segment about her experience at Ramapo. After filming the video, Peacock got positive feedback and was asked to appear on the episode of the streaming series focusing on Ramapo College.

“Someone actually used that footage (as an audition) to see if there were students who would be good for ‘The College Tour,’” Peacock recalled. “I had no idea it was for the show, but they took that as my audition. They told me, ‘You’re really good; this is exactly what we’re looking for. Do you want to be a part of (the show)?’

“One thing I told myself coming into college was that I wasn’t going to back down at any opportunity thrown my way,” the student added, “even if I thought that I couldn’t handle it. So when this opportunity came, I said, ‘Of course.’”

Peacock noted her experience filming the show was positive but unusual for her,  considering the potentially wide audience that will see it. But she gained confidence once she took a moment to collect herself.

“It was weird being in front of a camera for an Amazon Prime show, but all I had to do was breathe and be like, ‘Alright, here we go,’” Peacock remarked. “I wouldn’t say it was overwhelming, it was just a new experience that I took in and went running with.

“When people look up my name now, that episode shows up,” she added. “Now that I’m looking into internships, I know the one thing I need to work on is being present on social media or LinkedIn, so when recruiters look me up, (the episode) helps me show them how I am and how I want others to see me.”

“The College Tour” episode featuring Ramapo was shown on campus for the first time at   the Sharp Theater in the Berrie Center on Oct. 13. It is available on www.thecollegetour.com/watch-now and on the Tubi streaming service, and will be available to stream on Amazon Prime starting Nov. 2.