Representatives from Pennsylvania Real Estate Investment Trust (PREIT) and two other stakeholders held a public information meeting at the Moorestown Mall on Sept. 19 to announce the trust’s vision for reinventing the site.

Plans announced include residential development by Bel Canto – a development and property management company based in Philadelphia, and new facilities for Cooper University Health Care.

PREIT is a publicly traded real-estate investment trust specializing in the ownership and management of shopping malls whose properties – besides Moorestown – include the Cherry Hill Mall and Willow Grove Park in Pennsylvania. PREIT has a mix of high demand uses that includes a strong collection of national and off-price retailers, state-of-the-art entertainment and health and beauty offerings.

According to the Courier Post newspaper’s website, Moorestown’s planning board advanced a developer’s application earlier this year for The Pearl, a seven-building, 375-unit complex – 20 percent of which will be affordable housing – that will rise in the corner of the parking lot between Nixon Drive and Boscov’s.

The first building could open to tenants in 2023, with studio, one-, two- and three-bedroom units in four-story buildings, 75 of them affordable units dispersed throughout the building. The Pearl would include two clubhouses of about 2,200 square feet each, and two “amenity courtyards” that would offer “an active pool area” and a passive recreation area.

A 672-space parking garage would initially provide 37 spots for electric vehicles, with 72 more pre-wired for future use.

“In terms of our vision for the mall, our vision was – number one – to differentiate it from Cherry Hill and really to create a place where people can live, work, shop, dine, be entertained and receive health care,” Coradino explained.

“It’s truly (going to be) a community hub when it’s completed, and something that I think that we’re all going to be proud of,” he added. “It’s no longer a gleam in our eye – it’s real.”

According to PREIT’s website, Cooper will open a specialty-care facility in the former Sears location, which occupies more than 165,000 square feet. It is expected to employ more than 700 doctors treating up to 2,000 patients per day. An article on 70and73.com also explains how the front of the facility – at 6.23 acres – will face Route 38, with large signs and Cooper’s signature red lettering on each side of the building.

“We know (people) from Cooper, and we know that one thing is, they are very focused on design and they do beautiful buildings,” Coradino noted. “It’s a beautiful building with a striking red facade that’s designed to really be attractive to the customer, to the resident and to their patients.”

“It’ll really be a beacon off Route 38, so we’re pretty excited about that.”

Coradino addressed whether the mall will remain open during construction.

“ …  I think that’s a possibility here, but not a certainty,” he said. “The reason is that we’re also looking at potentially a longer-term arrangement with Turn7 (a home goods store located at the former Lord and Taylor space) where they would upgrade their store, so we haven’t really settled in on which of the ones we’ll focus on. That’ll get determined over the next several months.”

“ … The plan will be to continue to operate Moorestown Mall and all its stores during normal business hours and do everything we can, and we’re working with both Cooper and Bel Canto to ensure that this property is able to continue normal operation throughout the construction period.”

Coradino is most excited about the mall’s rebirth. 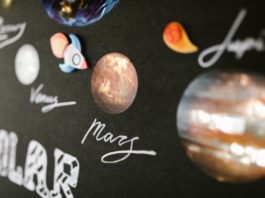 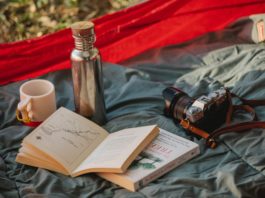