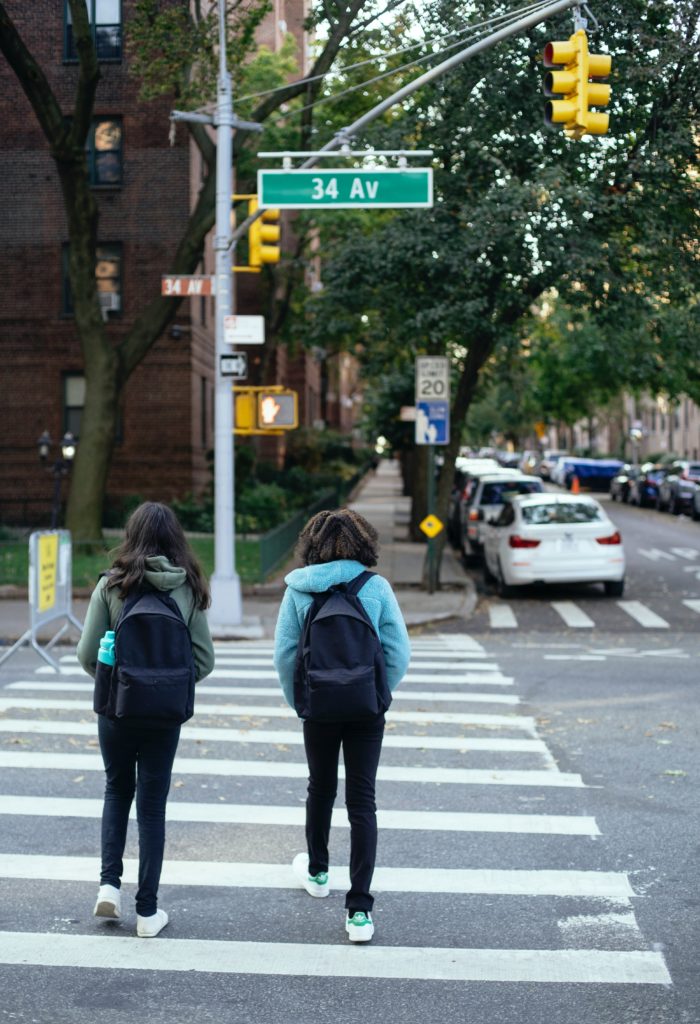 Concerned parents from Kingston and surrounding township neighborhoods addressed council’s Sept. 12 meeting about a shortage of crossing guards and a lack of one stationed at a potentially dangerous site on their children’s walk to and from school.

Because Kingston Elementary school is within walking distance of many families and Chelten Parkway is a highly traveled road, it was both a shock and a concern for many parents when they found there were no crossing guards in the affected area.

“On Tuesday morning, Anne Jeraci kissed (her son) Leo goodbye and sent him out the door to walk the route that he has walked since kindergarten, not knowing until he came home that afternoon that he walked Chelten Parkway by himself,” said Jeraci herself.

“She didn’t know,” the resident added. “She just sent her kid out the door trusting there would be someone there.”

“If we are expected to walk our children to school, the pathway has to be safe,” said resident Jessica Simkins. “We passed three of the spaces where the crossing guards had been removed. I’ve been walking my children for three years. I was shocked the first day of school when they weren’t there.”

According to the parents who spoke at the meeting, at least three of them were told by the same police sergeant that it would be impossible for officers to serve as crossing guards because it would divert their attention from other patrol areas. But Police Chief Robert Kempf clarified that it was possible to have officers at guard stations until a better solution is found and they would have officers stationed the next day.

“It’s a staffing issue at the end of the day,” he acknowledged.

Parents also took issue with the fact that guard positions were promoted on social media one week after school started, but Kempf noted that vacancies were made public at various recruitment events throughout the year, such as the open house and job fair.

“It’s been an ongoing effort to fill those roles,” the chief said. “It is a unique position just with the number of hours and the folks that it caters to. We’re working towards replacing the retirees that we lost in the last year.”

During council comments at the meeting, each member voiced support for the school district’s upcoming bond referendum, support that was questioned earlier in the session   by resident Anne Einhorn.