In February he made a verbal commitment to Rutgers. Even though the 6-foot-4, 280-pound Stone has played tackle and now guard for Washington Township, he says he was recruited to play center at Rutgers. “From the jump with me it was Rutgers,” Stone said. “They were the first ones to notice me and I appreciate that.”

“Fro the jump with me it was Rutgers,” Stone said. “They were the first ones to notice me and I appreciate that.”

Stone said that there were other reasons why he chose the Scarlet Knights.

“Coach (Greg) Schiano, I can see him turning the program around aready, with a bowl game last year,” Stone said. “He has a great staff, the facilities are amazing.”

He also said the proximity fit just right, being less than an hour and half drive.

“That was a big part of it because I am a big family guy and I love having my family at my games,” he said.

He also loves the chance to compete in the Big Ten.

“To play at a Big 10 school in your back yard, it doesn’t get much better than that,” he said.

Even though he hasn’t played center in high school, Stone did play the position in youth football so he said he doesn’t anticipate a big adjustmnt.

He said during the early part of summer Rutgers had a camp for its football commits and that Stone enjoyed bonding with his future teammates.

This will be Stone’s third year as a starter on offense. He also rotated last year on the defensive line and will play on both sides of the line of scrimmage again.

He has the type of athletic ability that coaches for for in lineman.

During his freshman and sophomore years at Washington Township he played basketball, but switched to wrestling this past season.

And what a season it was.

Wrestling at heavyweight (285 pounds, he finished third in District 30 and runnerup in Region 8, which qualified him for the state tournament, where he was eliminated after two bouts.

Not bad considering it was the first time he wrestled since about the fifth grade.

“Wrestling helps me in my football development,” he said. “It has helped make my footwork better and I feel in a lot better condition.”

He is also excited about Washington Township’s chances in football. The Minutemen are coming off a 6-3 season, their first winning record since 2015.

“We have a lot of young guys stepping up in their roles and the veterans are doing a great job,” he said. “I feel like we are heading in the right direction.” 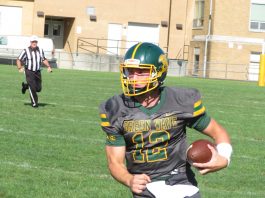 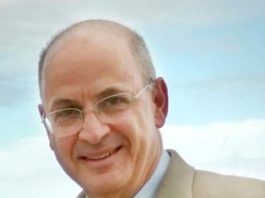 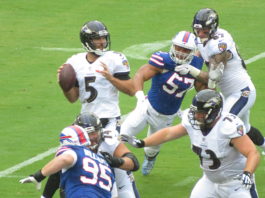