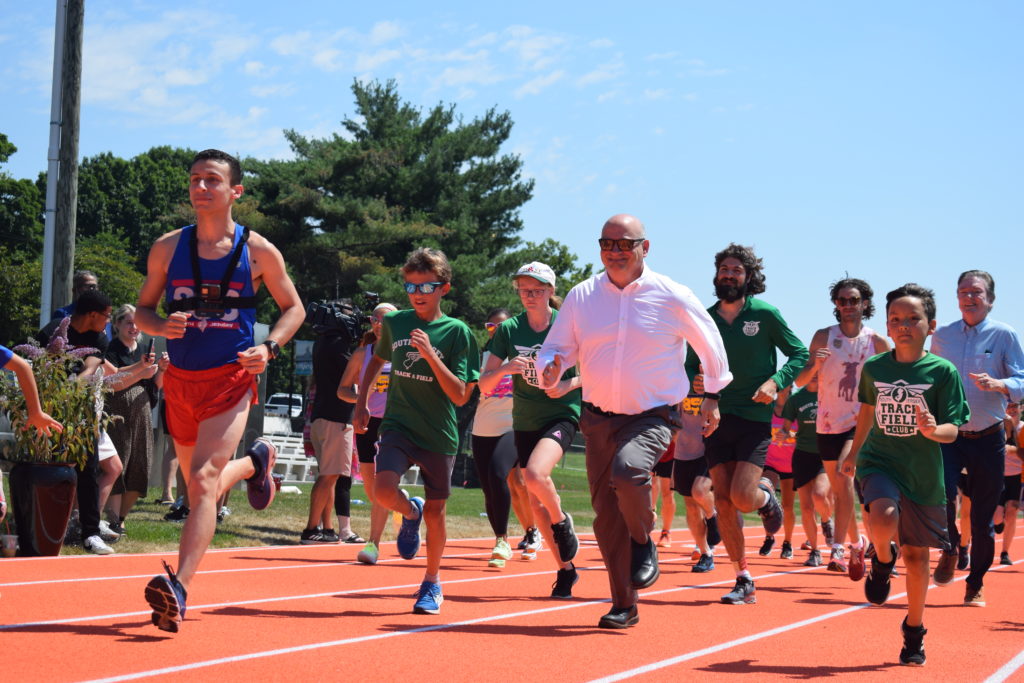 The $1.2 million stadium investment paid for replacing the aging gravel track that would flood during rain to a six-lane rubber surface, a newly sodded field, three sail pavilions for shade and seating, water stations, tree plantings, lighting enhancements and curbing and drainage upgrades.

The ribbon-cutting for the track and stadium celebrated the first completed project in the county’s $100 million revitalization plan, Parks Alive 2025, an upgrade of the county’s 24 parks, conservation areas and waterways that was announced in April.

“The plan is, by 2025, to revitalize the entire system that was originally constructed in 1926,” said Nash. “So 100 years later, it’s time for an enormous upgrade, and the parks are the centerpiece for communities.”

Nash noted that in addition to revitalizing the track and infields and building the stands, officials also worked with the New Jersey Historical Society to preserve the walls surrounding the stadium.

“This is a really popular public space,” said Dan Keashan, director of communications for Camden County. “We have concerts out here, but more importantly, track teams come to train here. It was really well used.”

The ribbon-cutting featured an inaugural run, but Nash noted the true opening of the track would be that evening, when thousands attended a concert by the Beatles tribute band, The Fab Four.

“We thought this is probably the best $1.2 million that we could invest in the parks at this point in time, because ultimately, it serves so many residents,” Keashen said.

Jill Chestnut Collins, a head coach for South Jersey Track and Field Club, a group that caters to kids from second grade up, acknowledged the different running groups that regularly use the track, including Run856, the Camden Clock Chasers, local cross-country clubs and the Cooper Loopers.

While it can be difficult to find safe spaces to train, Chestnut Collins expressed  her gratitude for a new, upgraded space.

“Camden County built the track at Cooper River for all of us, and it feels like a tribute to the greater running community,” she said. “Thank you for giving us a place to run safely, and we all look forward to breaking in the new track.”