The police department welcomed a new K-9 member to its force at the township council meeting on May 11: a 2-year-old black Lab named Vino.

“Vino already fits into our home and he plays with my infant daughter,” said Vino’s handler, officer AJ Franchi. “When he is home, he is a member of the family and when we get to work, he has no problem going to work.”

Franchi was born and raised in the township and joined the police department in 2003 with aspirations to become a K-9 officer. He worked with other K-9 partners and saw the benefits of their work firsthand, then became one himself in 2022.

“We went through a New Jersey state accredited K-9 training program,” said Franchi. “We trained for 10 weeks, Monday through Friday, for eight hours a day. We worked on his detection for narcotics and I learned how to work with him while he was doing his thing.”

During a 10-week at the state’s Police K-9 Association Academy, Vino also trained in the area of missing persons. The dog will be used for the department’s community caretaking, visiting schools and participating in outreach activities like Cool Off with a Cop. HIs public demonstrations will be handled differently given that he was not trained in bite work.

“Our training was shorter because we didn’t do bite work and suspect apprehension,” Franchi  explained. “We will do demos, but we will find different ways to do them. He can search and I could easily bring him around the crowd and let people pet him.”

The police department’s K-9 program started back in 2002, and it now has five platoons that rotate duties and each have an officer. With the addition of Vino, the department has four K-9s and wants to acquire a fifth K9 in the fall.

“The (German) shepherds are a force multiplier, so they get called out to a scene for disbursement or (if) people aren’t being cooperative,” said Police Chief Patrick Gurcsik. “We find that things calm down greatly when a K-9 is with the police officer.”

While the department’s current K-9s are trained in narcotics, they cannot be used for drug searches because of their experience with marijuana, whose recreational use is now legal in the state. But according to Gurcsik, the dogs are still used for things like crowd control and missing  person searches.

“There were a lot of benefits to the town and the police department,” he noted. “Bringing Vino on board helps us to support our community caretaking mission. He is going to be a lot more approachable than a German shepherd. He is working out great in the schools doing community policing.” 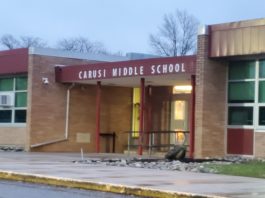 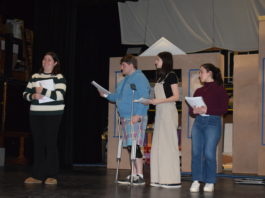 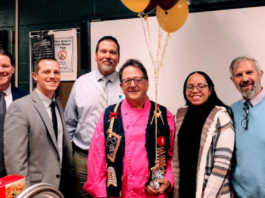 Five honored as 2022 Educators of the Year