The center will feature Sean Walker on June 8 and John Gans on June 22. 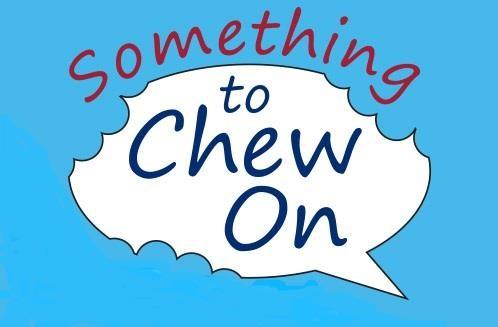 Mabel Kay Senior Center’s “Something to Chew On” speaker series continues this June.

This is a great way to nourish both your stomach and your brain. The format includes a half hour to eat and schmooze, a half hour for a guest speaker followed by a half hour of Q&A or extra schmoozing. Attendees can leave as needed.

This was a very popular program pre-COVID and, as long as masks remain optional, Mabel Kay will be able to provide this program once again. Topics can be both senior-related and non-senior related and can include general interest, “How To’s,” as well as spotlight some local accomplishments or organizations.

In order to sufficiently provide lunch, we ask for a RSVP by the Monday of that same week.  If you don’t like to come to things by yourself, grab a friend. Please RSVP by email ssiegel@haddonfield-nj.gov or by phone 856-354-8789.

In his role, he oversees the club’s Information Technology Department to enhance overall business operations.  Before joining the Phillies, Walker served as vice president of innovation and technology services for the Tampa Bay Lightning. Prior to that, he served as associate vice president of team, arena and event technology for the National Basketball Association (NBA). Walker began his career with the Professional Golfers’ Association of America (PGA). He and his wife Becca have three children and reside in Haddonfield

On June 22, John Gans will be speaking.

In the wake of the September 11th attacks, Gans was a press liaison at Ground Zero in lower Manhattan, where he helped brief the media on behalf of the Federal Emergency Management Agency (FEMA). The experience drove his interest in public service and global affairs, and his desire to help individuals and institutions tell their stories and achieve their objectives, whether in war, for the bottom line, at the ballot box, in Washington, or in the marketplace of ideas.

In the years since, Gans served at the Pentagon as chief speechwriter to Secretary of Defense Ash Carter. He was the principal adviser to the secretary on the planning, positioning, and preparation of remarks, managed a team of writers, and drafted dozens of speeches delivered around the world on defense policy in the Asia-Pacific region, Europe, Russia, the Middle East, and elsewhere. Previously, Gans worked for Defense Secretary Chuck Hagel, Secretary of the Treasury Jack Lew, Speaker of the U.S. House of Representatives Nancy Pelosi, and U.S. Senator Hillary Rodham Clinton. For a decade, he served in the U.S. Navy Reserve.

In 2019, Gans published White House Warriors: How the National Security Council Transformed the American Way of War (W.W. Norton’s Liveright). Combining extensive archival research with 100 interviews, White House Warriors demonstrates that knowing the NSC staff’s war stories is the only way to truly understand American foreign policy. Called a “bottom-up history” (Wall Street Journal), an “enlightening summary” (The New Republic), “essential reading” (Booklist) and “rollicking and compellingly told” (Lawfare), the book became a must read and its lessons a central part of the conversation around the collapse of the National Security Council under Donald Trump. Books will be available for purchase.