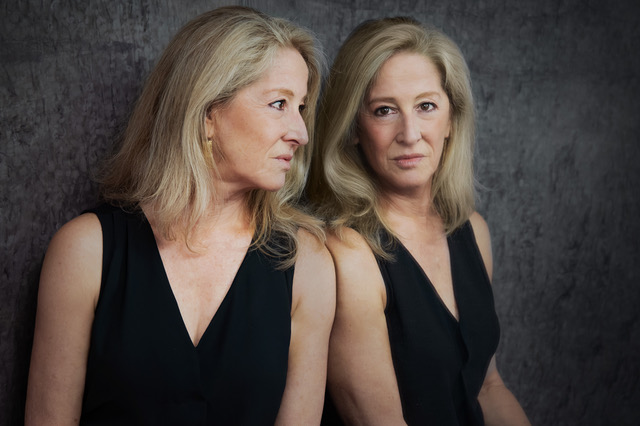 While writer Dina Greenberg’s thoughts drift to locales as far away and disparate as coastal North Carolina or the war-torn Balkan republics, they never really stray too far from Haddonfield.

That’s why Greenberg will make a stop in the borough to present her debut book, “Nermina’s Chance,” at Inkwood Books on Nov. 14 from 2 to 4 p.m. The novel is  a tale of survival during the fierce battles that were drawn along ethnic and religious lines in the former Yugoslavia.

A creative writing instructor at the University of North Carolina Wilmington (UNCW), Greenberg and her husband lived in town for more than three decades before a professional opportunity caused them to first commute, then relocate permanently about eight years ago.

“We thought it was such a wonderful place to be,” Greenberg said during a Nov. 1 conversation with the Sun. “When our youngest daughter went to kindergarten in the school district, I started finishing undergraduate classes at Penn, then continued on for a graduate degree.”

While taking 10 years to complete her education, Greenberg said she “dug pretty hard into the writing scene” on campus and in South Jersey. Around the time of major combat operations in both Iraq and Afghanistan, Greenberg was putting   together a series of workshops aimed at military families and returning veterans. That’s when she was introduced to Karen Jennings, who ran an organization called Military Support Group of NJ.

“It was one of the most fortunate connections I made in my life,” Greenberg admitted. “Not only did Karen help me to find a platform for doing these workshops, she helped me organize these workshops.”

The first workshops held in Haddonfield were staged at a long-gone local coffee shop where Greenberg offered instructions on how to write. Then, gradually building basic skills, the sessions ultimately became about dealing with the trauma of deployment, of battle, of coming back to “normal life” after being in a combat zone, a way to give voice to family members left behind to deal with things.

Greenberg has since carried her mission to UNCW.

Further development of the workshops, and the first sparks of inspiration, arrived when Greenberg was able to shadow hospital chaplains who dealt with the trauma of returning veterans who had been admitted due to vehicle accidents, alcohol abuse and domestic violence.

“I was able to see up close and personal, how that kind of material played out in real life, and learned that there was a way to provide a space for catharsis in a non-threatening way,” she noted.

And while “Nermina’s Chance” was not infused with first-hand accounts from those who suffered through ethnic factionalism, Greenberg admitted the book’s subject matter was derived from a love of research that ultimately led down some dark paths.

“For me, I had to transpose these experiences,” she added. “I love doing research and I tend to get very involved in any project. There was a time, before the internet, when it was all paper, and I saved a lot of newspaper articles about the fighting there.”

As a child of the 1970s, feeling helpless about the situation didn’t sit well with Greenberg, especially so after being reminded of some of the atrocities visited by both sides of the intergenerational, interreligious and cross-border conflict upon each other.

“But now I have a chance to write about this,” she continued. “It bothered me because it happened on European soil, and as an American Jew, who knew about the Holocaust, it was difficult to think about.

Greenberg wants readers to know her book is a work of fiction. Despite the serious themes, there was a conscious effort to work in lighter, even funny moments to break the tension. In fiction and in life, she said, there are multifaceted characters. People are complex. Even if someone is identified as a hero, it’s not always that straightforward.

What is straightforward is Greenberg’s admiration for the place she once called home, recognizing its “realness” and an ideal place to raise a family. Once her book was complete, it was natural that Inkwood would be the place to engage the public.

“I want to mention how important it is to us that an independent bookstore exists there,” she said. “There’s something different about walking in a store, knowing the bookseller, knowing these people (who work and shop) are our neighbors.

“It’s going to be exciting to see people face to face again.”

For more information about the author and her work, visit: https://dinagreenberg.com/nerminas-chance.