An extension of Veterans Day on Nov. 11, Military Appreciation Week will feature a variety of events and activities. 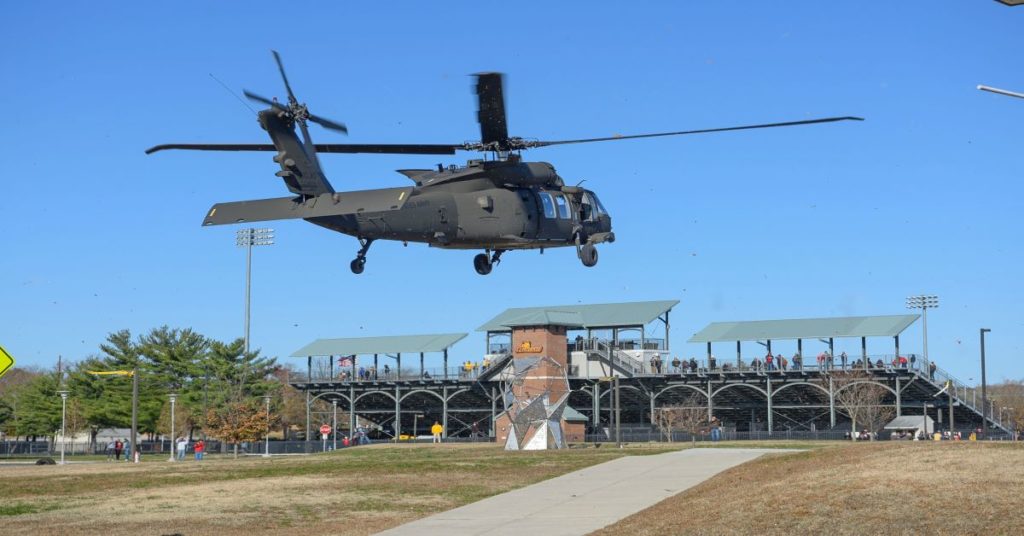 Service in the U.S. military runs long and deep at Rowan University, and during Military Appreciation Week Nov. 6 through 13, students, faculty and staff will have an opportunity to show how much that means.

An extension of Veterans Day on Nov. 11, Military Appreciation Week will feature a variety of events and activities from the landing of a Lakota UH-72 recon helicopter (weather permitting) during the Profs football game Nov. 6 against Christopher Newport University to a “Meet the Cadre” ROTC program Nov. 9 and a “Paws Healing Heroes” program Nov. 11.

Captain Paul Hesch, who leads Rowan’s ROTC program, said 29 students currently participate, and those who complete it will get commissioned as a second lieutenant in the Army. He said ROTC and Army service provides leadership and management experience that benefits graduates of any major and greatly stands out on a resume.

“ROTC provides a chance to serve your country and, at the same time, to learn discipline, time management and how to work with a large group of people,” Hesch said.

ROTC students, who are trained to manage a platoon of up to 40 soldiers, may enter active duty service directly upon graduating or serve in the Army National Guard or the Army Reserve, Hesch said. Rowan ROTC students serve as part of Owl Company, which is headquartered at Princeton University.

“Students take one three-credit class per semester in which they learn about tactics, leadership, management techniques and ethics,” said Hesch, an assistant professor of military science. “We also work out early in the morning three days per week and that sets them up to lead a PT (physical training) formation when they graduate.”

Cadet Peter Szuminsky, a senior bio-chemistry major from Old Bridge, said he knew since high school that he would join ROTC, and did so his freshman year.

Intent on pursuing a career in pharmacy, Szuminsky said service in the Army will help pay for graduate school but he sees it as bigger than that.

“Aside from the benefits of being in the military, it’s a way to give back to other veterans who came before you,” he said. “You know you’ll be doing good things once you graduate. Another thing is, you get a job once you commission. Your job is waiting for you.”

What will be the GCL’s effect on the environment?

Should Mantua focus on the present or future?