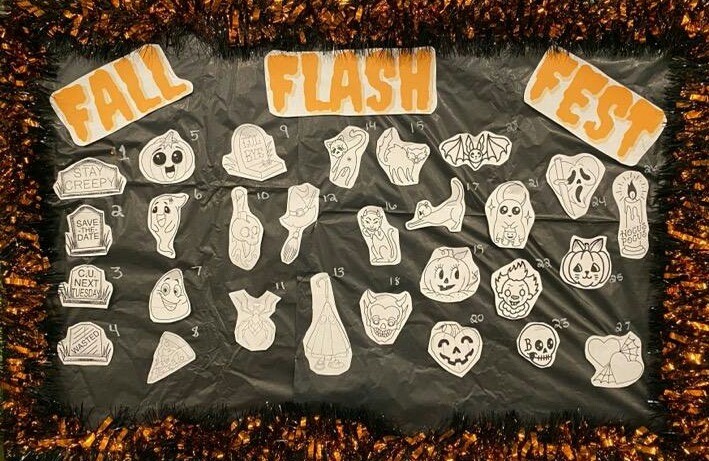 There were more than 20 flash tattoos to choose from, ranging from pumpkins and cats to ghosts and gravestones and made by multiple artists at the shop. Customers were able to get their tattoos in black and gray or up to three colors on their arms or legs for $100 each.

Vendors included The Moon and the Muse for tarot card reading, Hugs Ceramics, The Cat and the Crystal and Jay’s Crazed Confections. In-house photographer and graphics artist Jessie Barrett organized and coordinated the connections between vendors.

This event was a “huge success,” according to 12 oz. Studios’ head of operations Ken Madden.

“Our main focus is always quality, professional tattooing, but the more additional things we pair with a flash event help bring in new audiences, and create relationships with other small businesses for future projects together,” he said.

Madden has been in the tattoo industry for more than 14 years and has had a business relationship with 12 oz. Studios’ owner and tattoo artist Alex Feliciano since 2000, when they worked together at Body Art Tattoo in Stratford. They have been friends since, and in 2014, Feliciano offered Madden a job at the Deptford location.

“I have grown as a businessperson and developed my skills as an entrepreneur thanks to the guidance of Alex Feliciano,” Madden noted.

Feliciano, who has been a tattoo artist for nearly 25 years, opened 12 oz. in 2005 in Brooklawn, and the second location in Deptford opened in 2011. Since the start of his career, Feliciano has taken great inspiration from every artist he has worked alongside and is still learning from them.

“I will forever be a lifelong student,” he said.

The shop has done many flash events in the past, including for Valentine’s Day and Christmas as well as the charitable “Still Not Asking for It” flash event in June, where all proceeds were donated to the Women Against Abuse organization.

“This may have been the most intense and emotional tattooing I’ve ever done working directly with survivors of sexual and physical abuse,” Feliciano said.

More flash events are expected from the shop in the future, with updates constantly being posted on the 12 oz. Studios Facebook page. 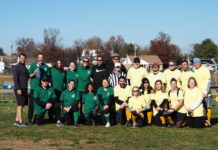