With the holiday season officially upon us, the Perkins Center for the Arts in Moorestown is ready for a new chapter.

Twice a month from 2 to 3 p.m., the center hosts Coffee & Classics, a free concert series for residents to enjoy classical music.

On Oct. 19, Delanco resident Ryan Smith performed a classical piece on the piano at the center. A few pieces he played were by Beethoven.

“My favorite thing about playing is playing for other people and having other people listen because I’ve played so much in my life, and I think of the colors that are created in the music and in the story that’s being told,” he said. “To be able to share that with other people in a performance setting is what it’s for.”

On Oct. 29 from 3 to 5 p.m. Perkins will have Pumpkin-Palooza, a Halloween favorite. This free program is open to the public and requires no registration.

“It’s our way of connecting people with this passing of the season as we move from the summer months finally into fall, and really celebrating what that means in a lot of different places.”

Moving into November, Perkins will be working with the son of Stan Kotzen. According to Buss, Kotzen was a well-known educator, working artist and resident of Moorestown. His son reached out to the center after Kotzen recently passed away.

“His son approached us and asked us if we would consider working with them to pay tribute to his father’s memory,” said Buss. “We’ll be actually hosting a very short run of his work in November.”

“Small Works is specifically working artists that are creating just what it sounds like, small works,” noted Buss. “We have woodworkers, ceramicists, candle makers, jewelers, fiber artists and artisanal tea farmers; all kinds of individual artisans who will be creating work and bringing it to Perkins and selling it.”

“One of the nicest things about our show is that we are working with and supporting local artists. We are working with them and offering them this opportunity to exhibit and sell their work and it’s a great way to support the arts.”

The center is hoping to start back up “Conversations on Culture,” a once-a-month program that brings in cultural artisans, artists, cultured keepers, and culture bearers to speak about specific topics.

“We have had cultural artisans who have discussed where their techniques have come from and how it’s been passed down from generation to generation,” said Buss. “Things like that are what we’re looking forward to.” 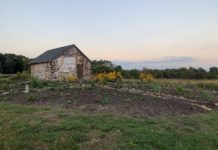 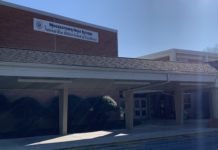 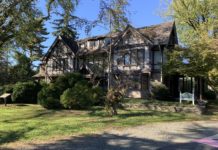