Coming into the 2021-22 school year, first-year Cinnaminson field hockey head coach Sara Skvir knew it would be a tough challenge this season replacing one of the team’s top offensive weapons, Olivia Catalano.

After finishing her freshman season tied for second in points before leading the Pirates in goals last year with nine, en route to a 7-2 season, Catalano tore her ACL this past February, ending her junior field hockey season before it could ever get started.

But now as the regular season draws to a close, it’s safe to say Cinnaminson did more than a good enough job in filling in the potential hole that opened up in Catalano’s absence.

“We knew she was out coming into the season and I didn’t make any assumptions coming in as a new coach so everything was new and changing for them, such as a new lineup, a new strategy and a pretty new varsity roster overall after losing a lot of girls to graduation last year,” Skvir said. “But they’ve been more than open to those new changes and we’ve fluctuated our offense throughout the season. No one’s selfish, I have a great group … they all have scoring ability so they’ve all together been able to fill in for her shoes rather than just one person stepping up.”

After suffering two losses and a tie in their first three games to start the season, Cinnaminson went on an 11-game winning streak to make for a 12-3-1 record through its first 16 games.

Thus far, junior Gina Moreno leads the team with 28 points, while junior Natalie Surma (27), senior Miana Alessandroni (26) and junior Emma Mastrangelo (19) are all close behind as the stronger scorers on offense.

Surma, the team leader in assists with 11, hadn’t been with varsity during her first two years at Cinnaminson, so coming into the season she more so looked forward to getting her feet wet at the next level of play, and wasn’t really expecting to be in the position she’s now in as one of the team’s key leaders of the offense.

“My expectations at the start of the year were to really just learn varsity and get a feel for the team at this level,” Surma said. “It was cool to get a feel for a stronger competition and play at a higher level than I had before … and it’s been eye-opening to see us play as well as we have this season because I was pretty nervous coming in knowing we didn’t have probably our best goal scorer coming into the season.

“It’s good to see that we don’t need just one player to win and it’ll be fun whenever she does get back because we’ll be even better,” Surma added.

Fellow junior Nikki Williams, the team’s starting goalie, is in her second year of varsity action and was looking forward to improving her save percentage this year alongside being more of a vocal leader on the team as she gets older.

With a team of only three seniors, the fairly young squad had to be able to come together very quickly in what was either their first year with varsity or first year playing together at this level. But previous team chemistry from having played together growing up has aided the team in speeding that process along, according to Williams.

“A lot of us had played together in township field hockey before this season, so that definitely helped us in knowing each other well and being able to rely on each other on the field,” Williams said. “I’m really impressed with how we’ve been able to come together. We’re first in our conference right now, and I think that speaks highly of how we’ve played despite losing one of our better players, we’ve been able to overcome that really well.” 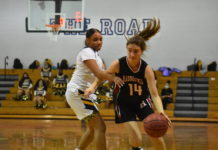 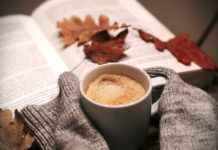