Mantua Township Schools Superintendent Robert Miles will resign his position effective on Dec. 31. The next superintendent has yet to be announced, but will begin in the role at the start of the new year.

Miles assumed the role in August 2020, and has only been in the position for a little over one school year. He will not complete the 2021-2022 school year as superintendent.

“I have had a great relationship with the board, staff and community, but have decided to take a step back for a few years while my kids are young,” he explained.

Before his role as superintendent, Miles was a math teacher at Kingsway Regional Middle School for eight years, then was promoted to assistant principal. In 2015, he became principal of J. Mason Tomlin School, where he stayed until 2020 before becoming superintendent.

Miles noted that while the position of superintendent was very different from his former jobs, he still loved his short time in the leadership role.

“Even though the role is further removed from day-to-day interaction with kids, which is something I missed, the added responsibility is something I cherished, because you are able to make an even greater impact on the kids and the community as superintendent,” he said.

While Miles was only superintendent for one school year, he held the position during the first full school year during the pandemic. He is especially proud of how he was able to assist in having students attend in person class five days a week, with safety precautions from September to June. The days were finally changed to full-time school days in April.

“Both moves were not easy, but they were the right thing to do and our kids benefited as a result,” Miles said.

The Mantua district will close the application window for the superintendent job on Oct. 22. The successor is not expected to be announced until the winter.

Reflecting on all of his past roles in education, Miles recognized that the most important lesson  he has learned through all of his career is that “leadership is not rocket science.”

“It involves keeping your word, being able to listen and receive input, and being willing to make the right decision, even if it’s unpopular or costly,” he explained. “You don’t need to have all the answers in order to lead people. Rather, you need integrity, humility, and courage.” 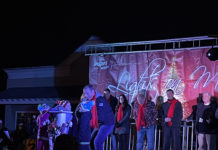 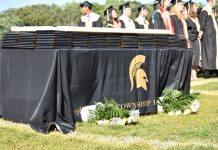