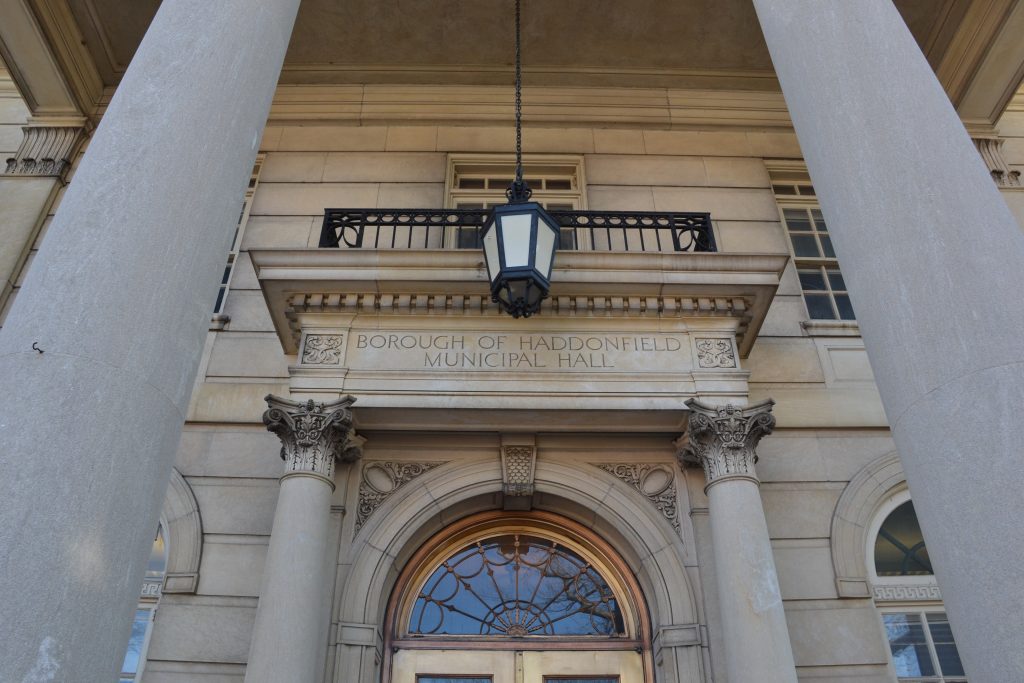 Since Haddonfield is in line for a seven digit windfall of federal money through the American Rescue Plan (ARP), discussion during the board of commissioners’ Oct. 12 work session centered around how to allocate the available funds.

One municipal project that has been discussed for several years is an overhaul of the borough’s parking apparatus. Borough Administrator Sharon McCullough stated the borough is eligible for $1.1 million in ARP capital, which could be used to convert the parking system from manual pay to online pay, including parking kiosks.

All three members of the board stated they were in favor of using part of the ARP funds toward conversion of the parking system, but not before McCullough, Mayor Colleen Bianco Bezich and Police Chief Jason Cutler weighed in on issues related to a potential overhaul.

McCullough related how the borough’s initial search yielded a company that suggested at least 40 kiosks to replace existing meters.

“That was a bit too much for us,” she admitted.

In recognizing the current batch of meters as antiquated, Cutler added that finding parts to perform repairs on the existing units is becoming more difficult and expensive. Cutler and other members of the department then researched companies that would suit the borough’s needs, narrowing it down to two choices. Both, McCullough revealed, would be available for purchase through cooperative pricing, eliminating the need for the borough to solicit bids.

McCullough further disclosed the frontrunner is Premium, which offers parking services in 87 locations across the country. The company is also in larger markets like Boston, Memphis and Los Angeles, and smaller ones such as Biddeford, Maine, Kure Beach, North Carolina, and  San Marcos, Texas.

Bezich said one of the ideas she and Cutler were exploring was something similar to EZ-pass, where residents receive a permit that could be loaded with a certain amount of parking funds. Due to the upgrade in technology that could be used to read license plates attached to a vehicle’s account, participants would know how much money remains on a permit at any given time.

A resolution is expected to be introduced at the commissioners’ next open public meeting for the authorization to purchase up to 32 kiosks to replace the old-style meters. Cost breakdown would be $8,215 per kiosk, per McCullough.

“What we want to do is to figure out how not to spend that much,” McCullough admitted. “We plan not to have that many.”

She floated the idea of an initial purchase of 20 units, followed by an assessment of public opinion on the conversion before a further outlay.

“We are in this generational time frame right now,” McCullough continued. “We have people who still are not computer savvy who still come to our town to shop. So the idea of taking (all meters) and going solely to an app, I don’t think we’re quite there yet.”

Cutler said the cost of the software tied to the kiosks for the department is nothing, except a $1,000 maintenance fee.