Before Rosie Hagerty worked with the Janet Knowles Charitable Foundation to honor members of the community who give back to others, she was traveling to work daily.

Then the pandemic changed everything.

“Before this, I actually had a job with the Hershey Company,” she said. “I was stationed in South Jersey and was traveling store to store every day and with COVID, I didn’t necessarily feel as safe as I did when it started coming about.”

Through friends and family, Hagerty met Janet Knowles, whom she instantly connected with. According to the official website for the Knowles Teacher Initiative, Janet and Harry Knowles established the Janet H. and Harry C. Knowles Foundation (KSTF) after recognizing the importance of quality science and mathematics teaching to the nation’s well-being and economic competitiveness.

According to Hagerty, the Moorestown Humanitarian Award is a relatively new initiative that Janet Knowles began through her charitable foundation.

“Janet really just felt like, especially with everything going on with COVID, that highlighting things that people do just out of the goodness of their heart is a really good and positive way to show that people are appreciated if they’re doing things not necessarily to be appreciated,” Hagerty explained. “She decided to start the Moorestown Humanitarian of the Month Award.”

Each month, board members Janet Knowles, Ann Baiada, Mark Morgan, Caryn Lynch, Dan Posternock and Rick Williams receive nominations for the award from the community through a Google form. After the board votes on the nominees, they choose a winner who receives a Humanitarian of the Month T-shirt and tote bag; a gift certificate to a local restaurant; two Moorestown Theater Company tickets and a $1,000 donation to the charity of their choice in their name. 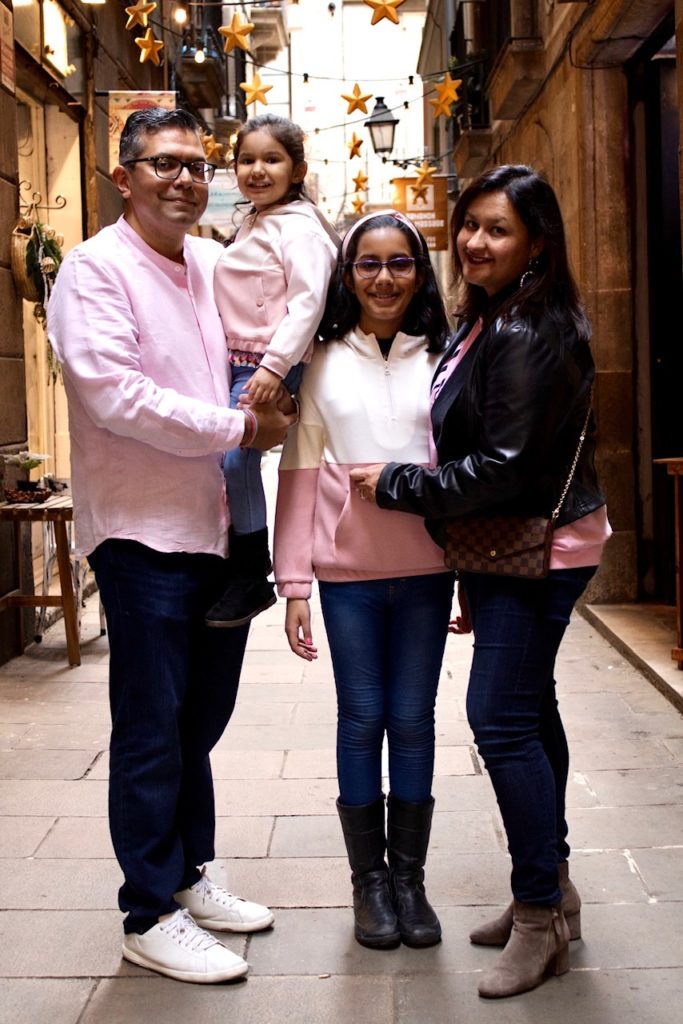 The Joshi family received the award for September and, according to Reetika Sarin Joshi, were the first ones to do so as a family. They split the donation between two charities, Live Civilly and The Unforgotten Haven.

Sarin Joshi and her husband Samrat have been living in Moorestown for five years and have felt welcome in the community ever since.

“We have absolutely loved living in Moorestown over the past five years and value the friendships and bonds we have built in the community,” said Sarin. “It was quite humbling to get the award. I am certain there are lots of families more deserving, but we are truly honored by this recognition and hope that we can continue to make our town an even better place to live for our future generations.”

“The most recent winners, the Joshi family, were nominated because they donate to charities by collecting things like books from the neighborhood or food, and they have annual drives that they just run, so they are constantly giving to people,” Hagerty noted.

For Hagerty, one of the best parts of working with the Knowles foundation is hearing  recipients express their happiness at being recognized for their community help.

“It’s always just really nice to hear the genuine surprise and happiness in their voices,” she said.