Passage allows for rules and regulations to be amended in future. 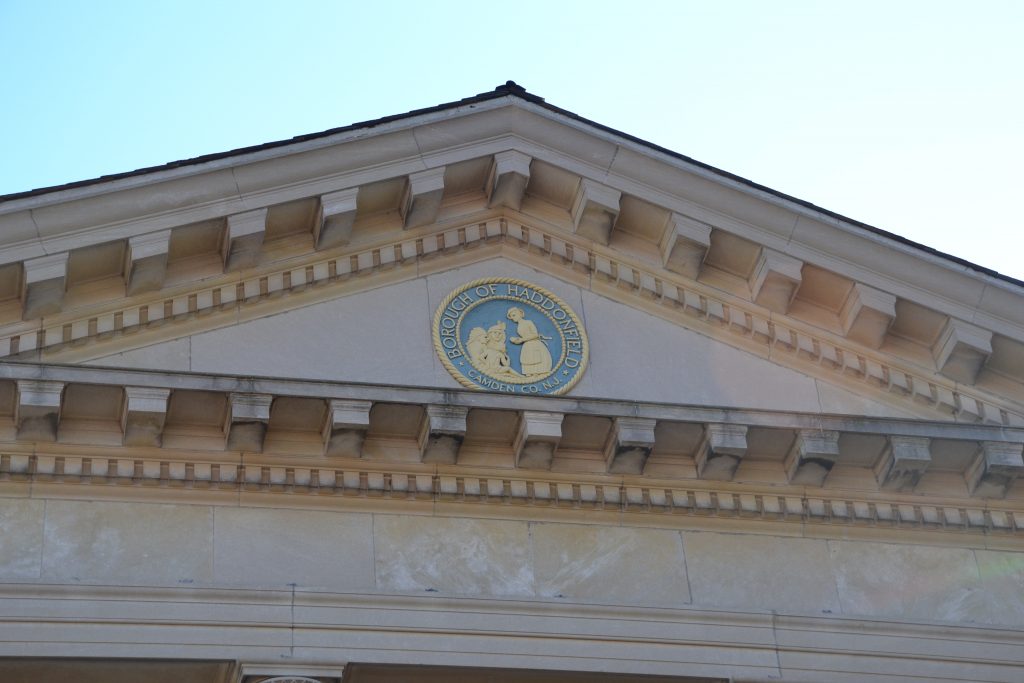 When residents complain about excessive speeding or increased traffic and petition the borough for speed-damping equipment installed on their street, Haddonfield’s board of commissioners will now have a system in place to make a determination.

At its Sept. 27 open public meeting, the three member body approved a resolution that  formalizes a policy establishing guidelines for requesting speed bumps or speed humps, as well as the process to either approve or deny such a request.

Largely due to the diligence of Borough Administrator Sharon McCullough, the four-page document outlines five steps a request must pass through before it is either accepted or denied.

“This has been on your to do list longer than we’ve been commissioners, and it’s very timely, as I’ve had two requests for speed bumps come in the last week,” noted Mayor Colleen Bianco Bezich. “In addition to the three I’ve had in the last year and a half.”

The first step in the process is for residents to submit a request to the borough clerk through the appropriate form, which will be forwarded to commissioners and then sent to the administrator for processing.

Second, residents can submit a petition showing evidence of neighborhood support with the application. If one is not submitted, then letters will be sent to all property owners on the section of the street in question, detailed in the request for installation. A letter will detail information regarding the request, including what the installation involves.

During that review, an emergency service analysis and speed study will be conducted, at minimum, that may include additional studies such as an emergency service analysis to determine issues with police, fire and EMS response times; traffic diversion studies to determine alternative routes for motorists to avoid the speed hump(s)/bump(s) and the potential impact on the alternative routes; travel time studies to assess any delays to traffic movement or increased  congestion; or traffic volume studies.

Then, in the approval/denial phase, any request would be evaluated on the basis of existing speeds and volumes. For a street to be considered, two conditions must be met: an increase of at least 85 percent between the posted speed limit on a roadway and the measured speed of vehicles over a 24-hour period, and a 24-hour volume reading where total volume must exceed 300 vehicles or hourly volume must be greater than 50 vehicles during a single hour. The 24-hour volume cannot exceed 7,000 vehicles.

Variances can be granted for any requested segment of road that does not have a sidewalk on either side of the street, any road that has recorded three or more crashes per year over the past three years, or roads that run adjacent to a school or park.

“We’ve talked about doing this over the years, and had not gotten to it,” McCullough explained. “(The goal) is to try and put something in place so that there was something you could provide residents explaining what your policy and your process was in making that determination.”

Neither the language nor the policy itself is formalized in a previous ordinance or in existing borough code. Rather, passage of the legislation ensures a public record of the policy as introduced, as well as a record of its adoption. Any changes that may arise in the future would require an additional resolution, according to Bezich.

Commissioners initially discussed the mechanisms behind the policy’s foundation during their Sept. 13 work session. At that time, Bezich said that other than Oak Avenue – which would fall under the “no sidewalk” variance – she had only received requests from residents on Coles Mill Road, a county road that doesn’t fall under borough jurisdiction.

Regarding Oak, McCullough acknowledged residents’ requests based on the fact that there were more younger folks around than in previous years.

“The neighborhood is changing based on what I hear,” she said. “There are a lot of kids in the neighborhood now. You want to make sure traffic is not going (an) excessive miles an hour down the road.”

Responding to Commissioner Frank Troy’s inquiry on Sept. 13, McCullough added that the borough hadn’t received many requests during COVID due to a sharp drop in vehicle usage on a daily basis.  Prior to that, only two or three requests were made per year.