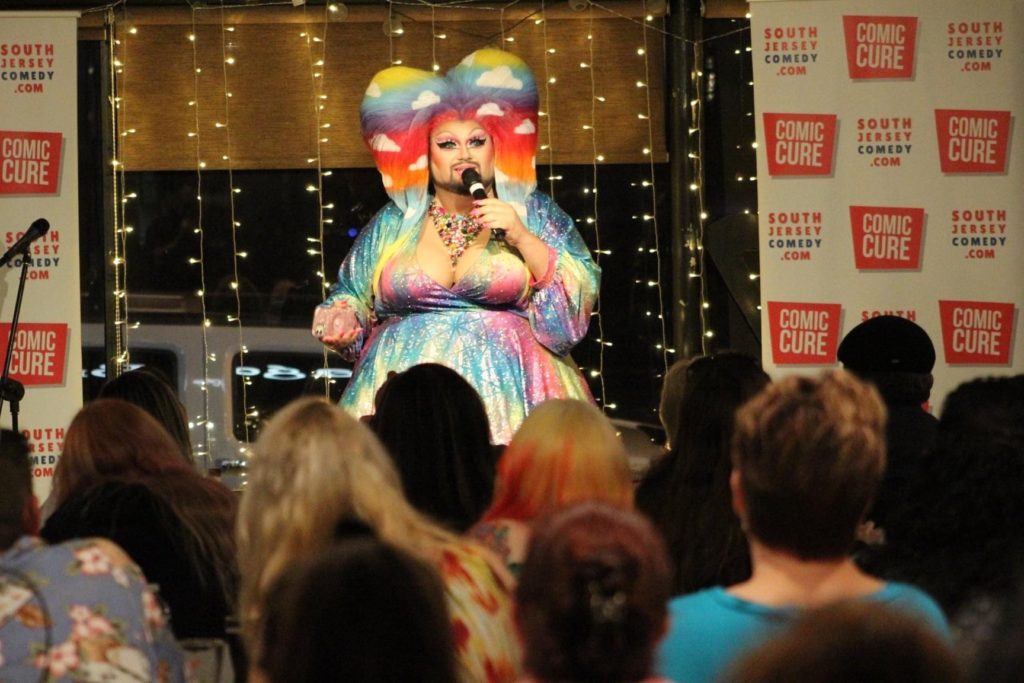 A charity drag show to benefit a local animal shelter filled the Human Village Brewing Company  in Pitman with singing and applause on Sept. 29.

The sold out “Drag on Broadway” was hosted by South Jersey Comedy and benefited the South Jersey Regional Animal Shelter. Philadelphia’s 2018 Drag Queen of the Year and 2020 Performer of the Year Eric Jaffe was among performers at the event who donned multiple costumes and performed songs and skits.

While the event included a Broadway singalong and lip syncs, it also highlighted an important cause. The shelter earned $5 a ticket when guests mentioned it at checkout.

“It’s our goal to use the unifying power of laughter to uplift and engage communities around important causes,” said Benjamin Leis, founder of South Jersey Comedy. “Now into our seventh year of business, we’ve partnered with hundreds of nonprofit organizations, helping them to raise funds and increase their outreach into local communities.”

Other performers at the show included local drag queen Sutton Fearce, self-described as Philly’s Queen of Trash and Crass, and VinChelle, who was crowned Philadelphia’s Drag Queen of the Year in 2017, the year before Jaffe.

VinChelle is known for hosting and producing several shows in the area, including “Black Girl Magic,” a performance that highlights local Black entertainers and was voted Philadelphia’s best monthly show two years in a row.

“The show last night and our pride celebration last June all point to Pitman becoming a more welcoming community,” said Patrick Rumaker, a member of Pride Alliance of Pitman. “The town motto is ‘Everybody likes Pitman.’ We just have to keep doing the work to become a town that has a reputation for liking everyone in return.”

The Pride Alliance hosted its first event in the area in June, a huge step forward to “make Pitman a more welcoming place,” according to Rumaker. Throughout the month, pride flags flew down Broadway.

South Jersey Comedy’s next event will be “Comedy Night with Emma Willmann,” at the Eagle Theatre in Hammonton on Saturday, Oct. 9, at 7 p.m. Tickets are now available on the theater  website. 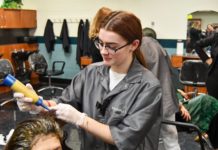