There were days when Haddon Township resident Kelli-Rose Simmons pulled up to her house and Amazon boxes were stacked so high, she couldn’t access her front door.

As Afghan refugees arrived last week at Joint Base McGuire-Dix-Lakehurst to start a new chapter in their lives before their placement in permanent housing, they brought only what they could carry. That’s when members of the community and beyond sprung into action, including military spouse Kelli-Rose Simmons.

When Simmons got word the refugees were coming, she gathered some donations from her home. After that, she spread the word on her neighborhood and township Facebook group.

“Then it kind of just started ballooning,” she said.

From there, Simmons started an Amazon wish list filled with a range of items: underwear, shaving cream, children’s toys, phone chargers, cleaning supplies and more. As of Sept. 8, Simmons said 670 individual items had been purchased in the span of two weeks.

“It’s been a lot of overwhelming, happy tears that are just a reminder that there are so many good people,” Simmons noted.

She has created a Facebook group — South Jersey/JBMDL Afghan Refugee Donation Support — as a way to keep people informed about how to help. The group now has more than 330 members.

“When you say, ‘Somebody has nothing,’ it’s jarring. But in this case, it’s not hyperbole,” Simmons explained. “They (refugees) don’t have the basic necessities … I can’t imagine not having diapers for my daughter or not having clothes.”

Inspire-NJ has also helped facilitate donations. Founder, president and CEO Patricia Donaghue said the organization has taken in nearly 500,000 pounds of donations from people all over, including one woman who drove from Arkansas. The donations filled six, 15 foot box trucks and 25 to 30 trips with pickup trucks and SUVs.

Donaghue’s organization was founded after Superstorm Sandy to help with donation management. She said the same spirit of giving is in the air to support the Afghan refugees.

“It’s people pulling together and just wanting to help,” she added.

“Our guests right now are scared. They’re uncertain about anything that the world has presented because their world has been turned upside down,” Col. Wes Adams said in a Sept. 2 video message. “We’re here to help and we’re here to welcome.”

The community’s outpouring of support has been so large, the base has been forced to temporarily pause donations to manage the influx and “improve the donation reception process,” according to the Joint Base Facebook page.

For the latest information on how you can help, visit the U.S. Air Force Expeditionary Center’s Facebook page at https://www.facebook.com/USAFEC/. 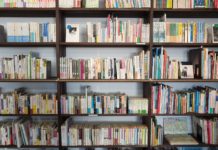