Mary Janice Divers Twitchell, born in Havre de Grace, Md., and longtime resident of Haddonfield, died on Aug. 7 at the age of 95.

Jan grew up on her family farm in Maryland and within calling distance of her cousins. Life on a dairy farm during the Depression and World War II helped her to develop a strong core, a resilient nature, and love of family.

Jan was never one to sit still (as evidenced in her rewriting the rules of croquet several times). After graduating from Western Maryland College, Jan taught middle school science and was a camp counselor at Lochearn Camp (Vt.) where she met Bob Twitchell. They were married for 65 years and resided in Haddonfield.

When all the children were out of the house, Jan attended the Paralegal Institute of Philadelphia and then worked as a legal assistant to William Farr at Farr, Reifsteck, & Wolf. In recognition of her civic involvement, Jan received numerous awards including the Haddonfield Citizen of the Year Award in 2002, Interfaith Caregivers Joan H. Gault Service Award in 2003, and the 2004 Alfred E. Driscoll Award for Community Service. She and her husband Bob loved exploring and traveling with their all time favorite destination being Squam Lake in New Hampshire where they loved to watch the sunset, pick blueberries, and sing to the loons.

Jan is preceded in death by her husband Bob Twitchell and grandson Andy Twitchell. Jan is survived by her four children: Becky Roller, Suzanne Hutter, Jamey Herdelin (Jeff), and Jim Twitchell (Patty).  She holds a special spot in the hearts of her grandchildren Elizabeth and Peter Roller, Louise Hutter, Nils, Kendall and Christian Herdelin, David and Tom Twitchell, and a great granddaughter, Sophia Twitchell.

A celebration of Jan Twitchell’s life may be announced at a later date. Memorial donations may be made in Jan Twitchell’s name to Interfaith Caregivers, P.O. Box 186, Haddonfield, N.J. 08033, to the Squam Lakes Association, P.O. Box 204, Holderness, N.H. 03245, or to the Samaritan Healthcare and Hospice; the address is Samaritan Gift Processing Center, P.O. Box 71425, Philadelphia, Pa. 19176-1425. 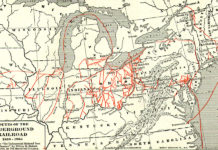