With her father, Moorestown resident tend to award-winning local plot. 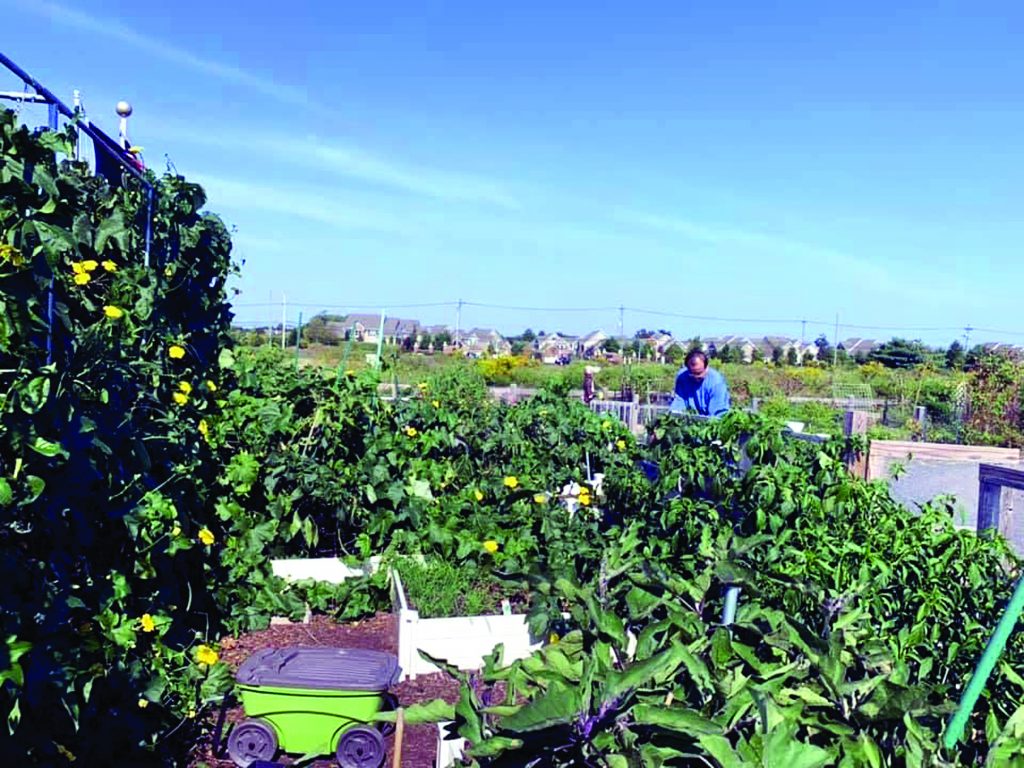 When Phoebe Wang and her father, Dr. Ju-Lin Wang, decided to try gardening through the Burlington County Community Garden Program as a way to spend time together outside, they didn’t envision it becoming a near-daily activity that would earn Phoebe recognition through the Redford Center Stories Film Challenge, named for the center’s founder, actor Robert Redford.

The global film challenge asks young people to produce a 90 second film sharing their connection to environmentalism. Wang’s piece, “Environmentalism in My Garden” earned her a distinction award.

Ju-Lin Wang said his daughter was 4 when they moved to Moorestown, and he wanted  to encourage her to get outside. When he saw the community garden program at the Community Agricultural Center in Moorestown, Ju-Lin thought it was something the pair  could do together.

While he had never gardened before, Ju-Lin thought that at least he and Phoebe could ride their bikes there and try tending to the plot together. He wanted to encourage his daughter to eat more vegetables. So, they rented a plot.

Phoebe admits the first few years didn’t go very well, and there was a lot of trial and error. The Wangs watched YouTube videos, consulted fellow gardeners for tips and slowly learned the basics of growing their own fruits and vegetables.

To keep their environmental impact at a minimum, the pair never use harmful chemicals or pesticides and only grow organic vegetables. Ju-Lin said it was important to him to teach his daughter the best practices, and now that they both know how difficult it is to grow a pepper, tomato or any other crop, they’ve learned the importance of not wasting or discarding food because it’s imperfect.

Phoebe said through gardening, she’s learned that it’s really difficult to grow “perfect looking” vegetables like you see at the supermarket. But the imperfect ones that are often tossed aside by farmers taste just the same, so the Wangs don’t discard or waste any of them. And they don’t care if a vegetable is misshapen or blemished.

Now that they have gotten the hang of growing things, Ju-Lin and Phoebe try not to buy produce from a store and mostly eating the items they grow. Nearly every day in the summer, they ride their bikes to the garden to water the plants and see how things are progressing.

This past school year, Phoebe’s fifth grade class at the Upper Elementary School was offered the opportunity to participate in the Redford Challenge for extra credit. She decided to participate and her dad suggested she base her project on their garden.

Ju-Lin believes the garden has given him and his daughter a sense of community and  taught them the science behind growing things, both ideas he thought Phoebe could share with her film project.

After Phoebe wrote her 90 second script, she and her father headed to the garden to film the piece, emphasizing their organic gardening practices. The film won third place  in the backyard environmental category.

For Ju-Lin and Phoebe, the garden they tend is more than just the produce itself. It’s connected both of them with the environment, and they agree that the experience of just sitting in the plot is calming for them both.

“It is something we very much hold near and dear to our hearts,” Ju-Lin said.