Mathews will remain in jail pending trial, Burlington County Superior Court Judge Terrence Cook ruled during a virtual detention hearing on July 14, saying the 45-year-old suspect remains a danger to the community. He is due back in court on Aug. 25.

Mathews did not speak during the hearing, which outlined 14 alleged crimes committed by the Essex Place resident as far back as 2020. They include stalking neighbors, drug and weapons possession and harassment of Black members in the community’s homeowners association, NJ.com reported.

“What I really need, and this council needs, is an ongoing investigation,” Pritchett revealed. “There’s only so many questions we can answer, so understand that it’s very important that the findings come out in this investigation, so we can move forward on what to do.”

Miccio recounted his discussion with Burlington County Prosecutor Scott Coffina, who told him an Essex Place resident filed a harassment complaint against Mathews on July 2, shortly after a Mt. Laurel police officer responded to Coventry Way in the condominium complex and was told a neighbor needed to be removed from the area.

The officer heard Mathews allegedly using racial slurs in a verbal altercation with four of his neighbors. He was told to return to his residence and was subsequently charged with harassment and bias intimidation.

Police requested the charges be addressed in a warrant that would have allowed officers to take Mathews into custody, but the request was denied by a municipal court judge. The judge instead approved the charges, but placed Mathews on summons and enabled him to avoid jail, according to Miccio. When the prosecutor’s office brought further charges after viewing video that showed Mathews allegedly bumping a neighbor’s chest and spitting in his face, he was taken into custody.

Yet another video captured Mathews yelling racial slurs at a Black neighbor, then shouting his own address and challenging neighbors to “come see me.” More than 100 people took him up on his offer and staged a protest in front of Mathews’ home on July 5, according to the Mt. Laurel Sun.

After Miccio spoke, Steglik opened the meeting to the public. About 25 attendees lined up to strongly suggest that the Mt. Laurel police department needed reform and that council shared some of the blame for not taking meaningful action against Mathews over the years.

“You have continuously failed, ignored, mistreated and neglected the cries of people and constituents internationally, and therefore, I wholeheartedly demand that many of you (Mt. Laurel police and council) resign tonight,” said Kason Little, a Black Lives Matter activist.

“Now we have to understand that in America, there’s two systems of justice,” she added. “There’s one that was just like justice has always been; it works for whites, but it destroys color.”

Mt. Laurel resident Aliya Robinson told council that in July 2016, when Mathews lived in Brittany Commons, he allegedly kicked in the door to her daughter’s home while she and Robinson’s grandson were inside.

Near the end of the meeting’s public comment portion, Leron and Denise Brown, neighbors of Mathews’ and victims of his alleged harassment, told council that Mathews has shown bias against his Black neighbors for years without police action. They asked the mayor and council what the township will do to improve the situation moving forward.

“Let justice be served. Everyone in this room, close your eyes, and we’re all the same color,” Denise said.

Etchu Tambe, another neighbor of Mathews who intervened when the accused allegedly attempted to force his way into the Browns’ residence on July 2, said he acted out of instinct, but one question remained in the back of Tambe’s mind after the incident: “What would have happened if I wasn’t there?”

Another township resident asked when a diversity and inclusion board announced by Steglik would go into effect. The mayor said the panel would be made up of Mt. Laurel residents to improve police dialogue with the community and would likely have its first reading during an August council session.

“We’ve been talking about doing this board since we took over in January 2021,” Steglik explained. “This is a relatively new council.”

Steglik and State Assemblywoman Carol Murphy claimed they, too, had received threatening phone calls from Mathews, one dating back to 2020, during the time Murphy was planning a legislative hearing on homeowners associations.

The next council meeting will be held at 7 p.m., Aug. 16, at the Mt. Laurel township building, 100 Mount Laurel Road. 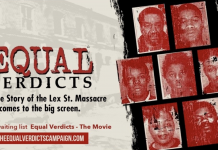 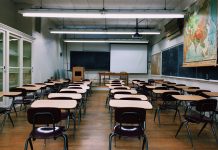