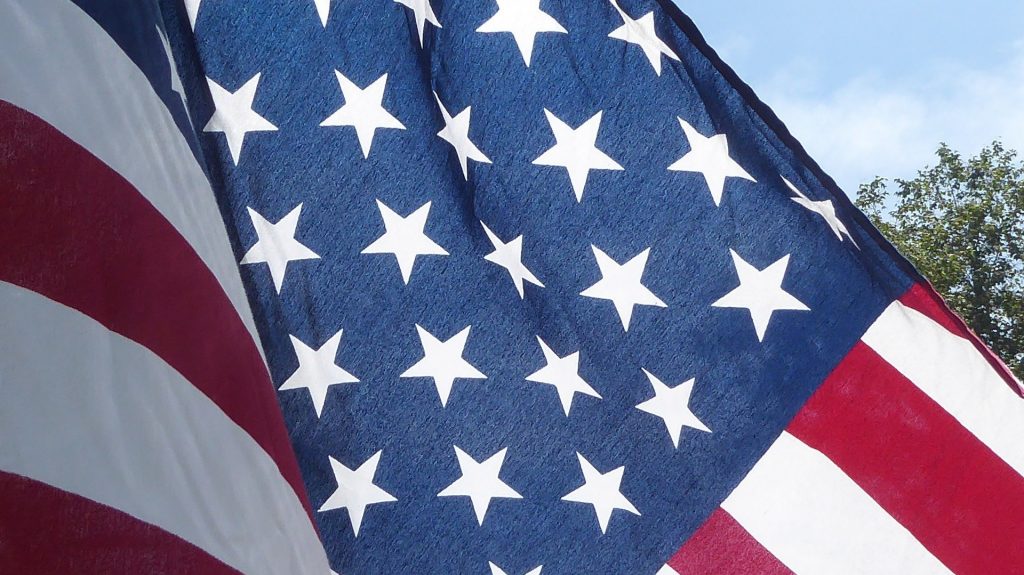 Roberts Avenue will be dedicating its 2021 Fourth of July Parade theme to the memory of the street’s long-time matriarch, Mary Previte, who passed away in November 2019 at the age of 87.

Historically, the theme would be kept “top secret” until the parade, but an exception is being made this year for the benefit of those who may see the parade, but not know much about Mary.

Mary Taylor Previte was born in China in 1932, the daughter of Christian missionaries.  During World War II, she spent more than three years in a Japanese concentration camp on mainland China before being liberated by a heroic team of six American paratroopers and a Chinese interpreter in August 1945. She described those men as “angels, falling from the sky,” and she later spent years tracking down each of her “angels” to thank them, or their surviving families, in person. This included a 2015 trip to China to personally thank the interpreter, Wang Cheng-Han.

Mary dedicated the majority of her professional life to working with at-risk youth while running the Camden County Youth Center, a facility where troubled youth await court action on their cases. Her 1994 book “Hungry Ghosts” describes her experiences at the Center, which under her stewardship, became a national model for educating and improving the lives of juvenile offenders.

Mary also served as a New Jersey Assemblywoman and was an avid Crows Woods gardener, her neighbors Roberts Avenue remember her most as a co-founder and leader of the street’s annual Fourth of July parade and block party game tradition. Mary’s own editorial to the Haddonfield Sun, published on her last 4th of July in 2019, says it best:

“In 1973, when Americans were burning American flags and spitting on American soldiers returning from the Vietnam war, calling them ‘baby-killers,’ a group of Roberts Avenue neighbors met on a weekend brunch. I invited a few neighbors to my patio.

“Neighbor Al Kernagis, an engineer at RCA, was also a Lt. Colonel in the Air Force Reserves. He was a pilot, on weekends, flying American boys to Vietnam to fight in the war then flying back with dead American men in body bags.

“The brunch moved into a ‘LET’S DO SOMETHING’ mood. We would challenge other Haddonfield neighborhoods to  compete with us in patriotism, in neighborliness. And so it was born: an all-day July 4th celebration. Neighbor Dave Maynes designed a 20-by-40-foot American flag. His wife, Mitzi, a skilled seamstress, rounded us neighborhood women to sew this flag. People wept when they saw us carrying the flag down Kings Highway.

“What started as 80 neighbors carrying this flag in the town’s parade in 1973, has turned into 46 years of all-day, July 4th celebrations. We always build a float and march in the parade. Police block off the opening block of Roberts Avenue for our afternoon block party, cook-out and 4 hours of games: bobbing apples, three-legged races, watermelon eating contests, balloon stomps, sack races, dress-up-relays, tug-of-war, egg toss.

“Has neighborliness flourished on Roberts Avenue?  We help neighbors catch lost dogs.  We warn each other about thieves. We swap news about roofers, window washers, painters, baby-sitters. Children often tell me July 4th is their favorite day of the year.”