“‘Human Hibachi 2’ is going to be about copycat killers who saw the first human Hibachi and are now out to make a video that is bloodier, gorier, and avenges the fate of the first one,” Cerrito explained.

An Audubon resident until he was 14, Cerrito had no interest in making films, but he always loved watching horror movies.

“I would make haunted attractions in my parents’ backyard and basement,” he recalled. “I think it’s always been in me to create things.”

Since then, his current Mantua residence has appeared on Travel Channel’s “Ghost Nation,” and Cerrito has a fair share of films already under his belt.

Cerrito had no traditional education or special training in the film industry when he started writing a screenplay called, “The Cornfield Massacre” in 2007. He never looked back.

The more he wrote, the more Cerrito fell in love with the screenplay writing process.

“I just had a screenplay, so I had to figure out how to get that made into a movie, which led to me ultimately becoming a producer and director,” he said.

For Cerrito, filmmaking is something that will never bore him, and he doesn’t feel normal when he isn’t being creative.

“I constantly have to be creating new stories and making them come to life,” he explained. “To see people in China, Japan, Australia, and Europe purchase a DVD of your movie is the ultimate reason to keep going.”

When asked which of his creations he enjoyed making the most, Cerrito mentions both versions in the “Human Hibachi” franchise, as well as “The Listing.”

“‘The Listing’ was a good movie, too, and it did things I dreamed of, such as landing on the shelves of major retail stores and going to … the Cannes Film Festival,” he acknowledged.

Once filming for the second “Human Hibachi” is complete, Cerrito plans to further the franchise with a third film. “Human Hibachi 2” is expected to be released sometime next year.

The first “Human Hibachi” can be streamed on Amazon Prime, Vudu, Fandango, Troma Now, and humanhibachi.com, where signed DVDs can be purchased directly. 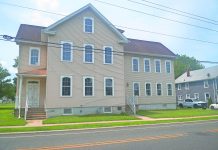 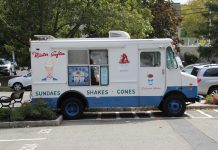 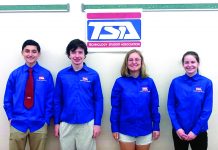