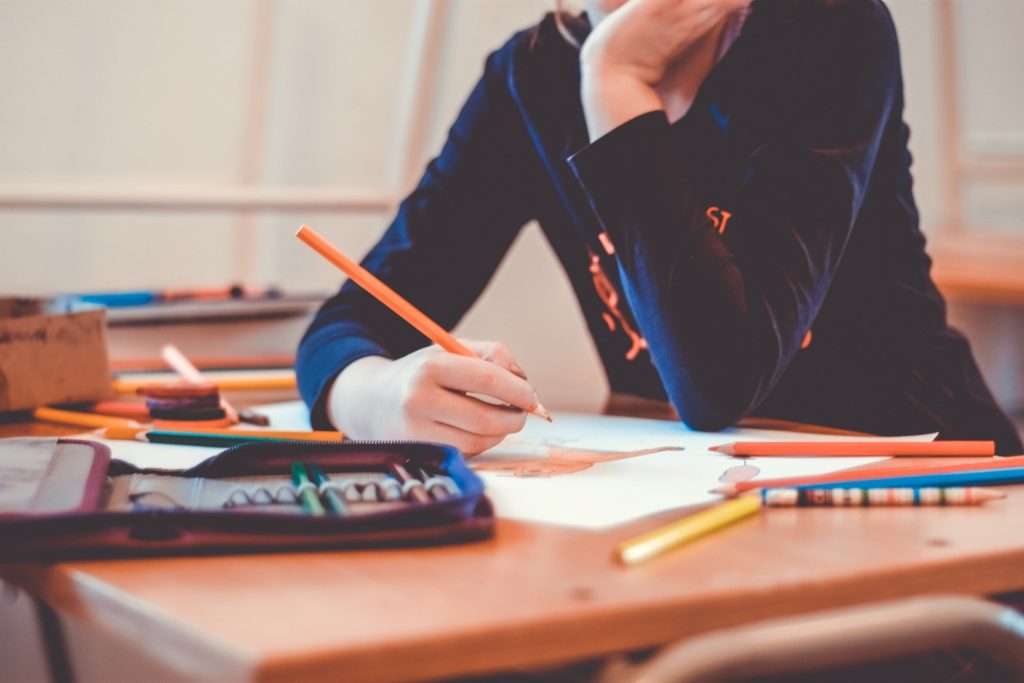 The Evesham Township School District Board of Education held the last meeting of the 2020-’21 school year on June 24 and discussed its fall reopening plan, while first announcing winners from an essay and art contest.

The Elks Essay Contest topic “How Can Patriotism be Demonstrated?” drew more than 240 participants in the Marlton school district. Division one, for fifth and sixth graders, had seven winners: Midori Johns, Lucy Wojculewski and Ebun Malomo from Beeler Elementary; Alexander LaMarca from Marlton Middle School; Gabrielle Lippo from DeMasi Elementary; and Lola Sretenovic and Kathryn Suriano from Marlton Elementary.

The second recognition went to the designers of the Cooper Levenson 2020 holiday card. Cooper Levenson is a law firm in Cherry Hill that holds a holiday- card contest each year for students from first to eighth grade. Prizes include a $50 gift card for the winning student and a $100 gift card to the winner’s art teacher to be used for art supplies.

The card contest received about 2,000 submissions this year, and five were selected as winners. Anthony Abrams and Vanessa Vettori from Marlton Middle School were two of the five students in the district who won.

“It’s a cardinal couple, a male and a female,” Abrams said of his card design. “But they are at their home and it’s a treehouse, like a birdhouse. They have a little sign that says ‘home sweet home.’ As you can see, there’s a little plant there  and there’s a bunch of snow everywhere.”

Vettori’s entry featured a family in their living room during a Google meet session with the rest of their family on Christmas Eve.

After presenting a certificate to each of the contest winners, the board began its  regular meeting. Superintendent Justin Smith wanted to address members and the public about the ongoing school reopening plans.

“It may seem premature to pivot from that, to talk already about next year, since the school district just ended yesterday,” he noted. “But I do want to talk about next year a little bit.”

All U.S. school districts were required to submit a return-to-school plan for the fall by the federal deadline of June 24 in order to access American Rescue Plan funds. The money will help districts safely return to in person instruction five full days a week. Although the Evesham district has had full days since last September, it still had to submit a plan.

“We saw last year where our plan was constantly updated as changes went along, and guidance changed because we were always looking to stay on the front foot and do right by kids,” Smith recalled.

“The guidance for this coming year, the 2021-’22 school year, hasn’t been released yet, so the only guidance that school districts have to base their plans (on) for next year on is based on the current guidance from the school year that just ended.”

The board anticipates new guidance or updates for the fall from Gov. Phil Murphy in July. Current state guidelines require children to be masked in school, and the district will follow social-distancing procedures. As for sanitation, there will be extensive classroom cleaning and continued use of air ionizers, devices that help improve indoor air quality.

“I, along with the superintendents of the nine Lenape region districts, recently sent a letter to Gov. Murphy, asking for basically immediate reexamination of that mask mandate,” Smith announced. “We sent that on Friday. I don’t want to say that caused a change, but the very next Monday after that letter was submitted, Gov. Murphy did announce an additional exception to the mask mandate.”

Smith explained the additional exception would allow for optional masking indoors and during extreme heat.

During the meeting’s public comment, residents and parents spoke about the mask mandate.

“You guys have a right to do what’s right by these children, and what you’re doing right now is not right,” Marlton resident Brittany Relvas said. “I understand you sent a letter, but then you went and you put masks are mandatory in your return-to-school plan. That’s talking out of two sides of your mouth. It’s time to stand up and fight for these children.”

Relvas went on to explain how she had to pull her children out of school two weeks before the year was over because one of them was throwing up in a bag from heat exhaustion.

Marlton resident Lauren Golden said she had received numerous phone calls this year from the school nurse because her 8-year-old daughter had constant chest pain, stomachaches and nose bleeds, all of which Golden claimed was from wearing a mask.

Cherokee High School sophomore Joey Taglieri shared his experience from the past year and asserted that students have no voice on the issue of masks.

“I have pretty bad allergies so I went to school, and I started to sneeze, and snot would build up in my mask,” he recalled. “It was basically just drenched. When I came home, my parents were shocked; it’s coming down my chin. It was the most horrible thing I ever experienced being in school.”

The board ended the meeting by reiterating its push for the lifting of the mask mandate, and thanked staff for getting through an untraditional academic year.

“You all deserve a very restful and rejuvenated summer. and I wish you all the best health and happiness for the coming months,” Smith said.

The next Evesham board of education meeting will be Aug. 19 at DeMasi Middle School, 199 Evesboro-Medford Road.