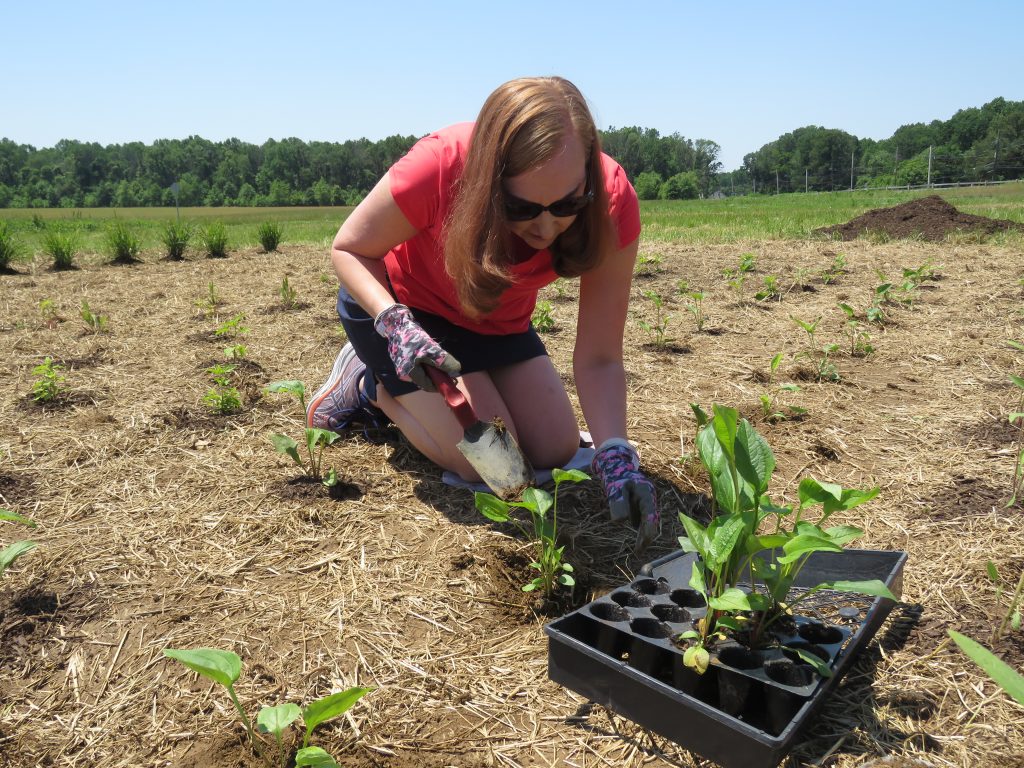 Monarch butterflies have a beautiful new garden to visit while summering in Burlington County.

Crystal Lake Park in Mansfield is the site of a new haven being created for the iconic orange-and-black winged insects thanks to a donation of 1,000 native milkweed and wildflower plugs from the Xerces Society for Invertebrate Conservation, an international nonprofit group dedicated to protecting insects and other invertebrates.

Burlington County was selected to participate in the Society’s Northeast Monarch Butterfly and Pollinator Project, a program where the nonprofit provides conservation partners with milkweed and other nectar-rich plants to place in parks and other strategic areas to create habitat for butterflies and other important pollinators.

The goal is to create an ideal rest stop for the eastern monarch butterflies to both breed and load up on nectar before embarking on their generation’s portion of the 3,000-mile journey south to their winter habitat in Mexico.

“Burlington County is a wonderful place to live and raise a family for a host of reasons, and one of them is our dedication to preserving our natural environment and wildlife habitat,” said Commissioner Linda Hynes, the Board’s liaison to the Department of Resources Conservation and Parks. “Our County is proud to be working with the Xerces Society to make Crystal Lake into a resort destination for monarchs and a host of other pollinators and wildlife species. It’s a fantastic addition that helps support the monarchs and makes our park the go-to destination to catch a glimpse of these beautiful creatures.”

The plants and flowers are being supplied by Pinelands Nursery in Mansfield and were chosen because they are both native to the region and because they have staggered bloom times to span the entire summer and fall, ensuring that pollinators have nectar throughout their life cycles, including the fall migration.  They were planted by park staff and volunteers in a 100-by-40-foot field near the park entrance off Route 130 and are expected to attract monarchs, along with some 50 other species of butterflies, moths, native bees and hoverflies. Hummingbirds may also be attracted to some of the flowers.

Hynes said the flowers would enhance the environment in the park and help promote others to create their own pollinator gardens on their properties. Area schools will also be able to visit the site to see the butterflies and learn more about their remarkable migration.

Providing suitable habitat for monarch butterflies has become critical given their rapid decline. According to the Xerces Society, the eastern migratory population of monarchs has declined more than 80% within the last two decades.

Crystal Lake was chosen because of its available open space and habitat and because it is close to the Delaware River, which is a major migratory route for monarchs and several other species.

The 370-acre park off Route 130 was created by the County after it purchased the former farm in 2007 to prevent the property from being developed into housing. It features both upland and lowland forests, a 10-acre freshwater lake, picnic pavilion and numerous hiking, biking and horseback riding trails.

“Burlington County’s Park System is one of the best in the entire state and it keeps getting better with additions like this one,” Hynes said. “We’re extremely lucky to have such great parks and such a great parks staff, including a wonderful naturalist who came up with this project and coordinated with the Xerces Society and Pinelands Nursery. Thanks to their vision and the efforts of our other parks staffers and volunteers, our park will be the place to go to see monarchs this spring and summer.”