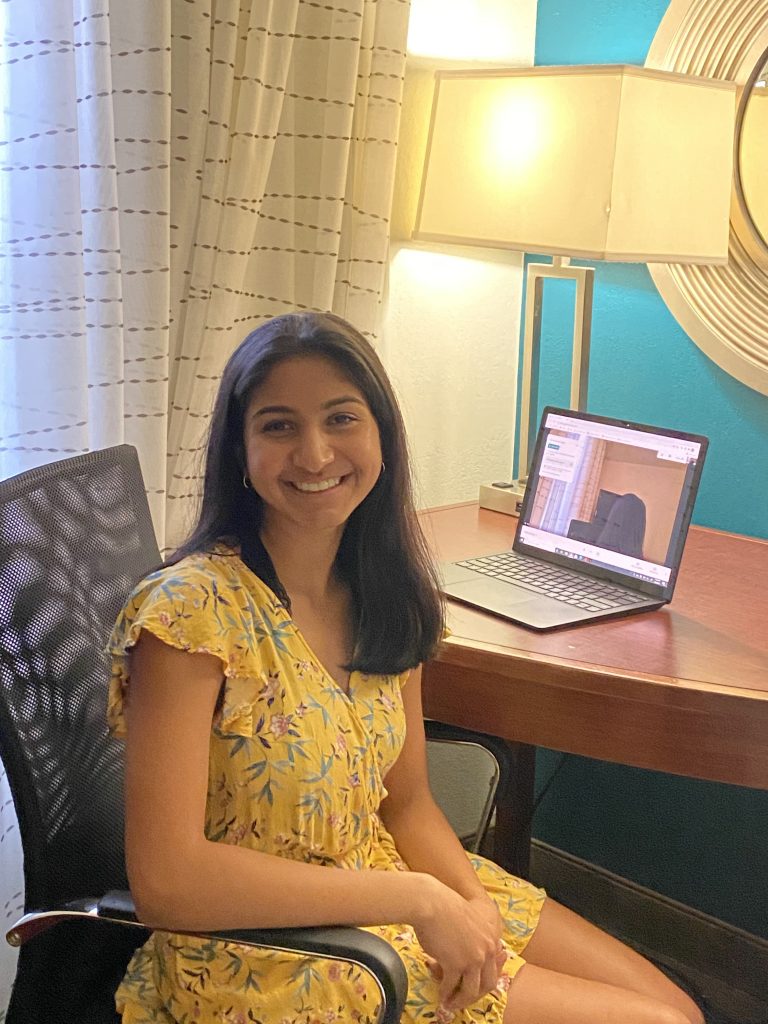 Butani competed in the international science fair known as Regeneron ISEF 2021,  where she took first place in the biochemistry category for her project, “Stem Cell Behavior and Osteogenic Differentiation on Plant-Derived Scaffolds.” The project’s roots formed Butani’s freshman year: Her mother works with dialysis patients, and it was listening to her stories about transplants that piqued Butani’s interest in biomedical engineering.

One day, Butani was in the kitchen staring at a spinach leaf and noticed the veins on the leaf resembled the blood vessels in the human body. Inspiration struck: She wondered if plant materials could be used as a base to culture cells and create tissues for people.

What began as a project in Butani’s kitchen eventually took full shape at a Rowan University laboratory. Having previously attended a summer camp at the school, Butani reached out to one of the camp leaders, who put her in touch with some of the researchers at the university.

“I was really fortunate to have them allow me into their lab,” she recalled. “I think that access to resources definitely made a big difference for me.”

Butani’s project examined whether it is possible to take material from plants and culture cells on top of them. She was curious if cells would survive, divide, or just die off, and she wondered if she could get cells in the plant material to start behaving like bone.

Prior to COVID, Butani went to Rowan’s Glassboro campus every weekend and spent  hours in the lab. But this year, because of pandemic  restrictions, she was unable to utilize the facility as frequently. She started revising some of her procedures to work from home.

Butani would spend about two to five hours on the project. After three years and countless hours spent on research and work, she said seeing the formation of pseudo-bone tissue on her plant materials was an incredible feeling.

Typically, the Regeneron ISEF 2021 competition is a week-long fair that requires  participants to travel somewhere internationally. But due to COVID, judging took place via Zoom.

Butani admits it was a bit disappointing not to attend the competition in person, but the virtual fair still had speakers, panels and even a digital platform where she could create an avatar and speak to other participants.

When it came time to announce the winner in the biochemistry category, Butani was in a state of shock. She didn’t think she’d earned first place.

“I was in utter disbelief,” she said. “It was incredible.”

Butani reflected on what the pandemic has taught her, namely that she can’t imagine a career without research. She missed her time in the lab and the sense of purpose it gave her. So, looking ahead, she’s eager to pursue a research based career.