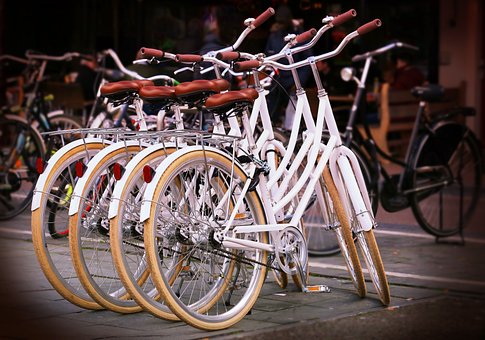 The Palmyra Police Department will participate in an event on June 28 that it expects will  further bridge the gap between the time property crimes are committed and when that property is recovered.

From 12 p.m. to 2 p.m. that day,, at police headquarters on West Broad Street, bicycle owners of all ages are encouraged to bring their two-wheeled vehicles to the station to be registered.

“We have a problem with bike thefts in our town and in the surrounding towns, and part of the issue for us is, in recovery efforts, we’re not able to figure out a serial number, so it’s a way for us to have a record of all the bikes,” explained Officer Alex Hubel.

“When someone has a bike taken, with this new registry, we can pull it up in the system,” he added. “If any other town is alerted, they can pull it up off the system as well and see that it’s stolen.”

Hubel did not have concrete figures on the number of thefts over the last couple years, but he said there were enough for the department to figure out an effective way of stemming the tide.

Registration was timed for the end of the school year, when students are home more often and are expected to take to the streets, leaving their bikes in the open where anyone can take them — locks or no locks.

The first 50 students to preregister on the police department site will receive free Rita’s Water Ice and a free bike helmet. Hubel revealed that he, Sgt. Timothy Leusner and Patrolman Omar Kendall  recently talked about how to come up with an enticement for school age children, and the above enticement was a concrete way to  make a dent in the issue, while making the inevitable interaction with police more friendly.

“The event is open to everybody,”  Hubel said. “We’re targeting students because we notice that young kids are into riding bikes and have more expensive bikes, like high end BMX, which can run to $500.”

Hubel added that when the department first started taking reports of such bike thefts, there were other, flashier models taken that can run anywhere from $1,000 and up. He anticipated an increase in thefts and theft reporting in the next few weeks, until school begins again in September.

One corollary concern in many municipalities is the rash of young people on bikes who swerve in and out of traffic, menacing drivers and causing them to slam on the breaks in order to avoid a collision. Hubel stated he didn’t see these games of “chicken” being a problem this year, but acknowledged it had been a concern back in  2018 and 2019. He didn’t receive any negative feedback once the registration was announced, and no residents have questioned any infringement on their freedom to enjoy riding.

“It’s a completely voluntary thing,” the officer noted. “Nobody is forcing anyone to get on the registry. It’s a way to assist us and to assist residents in case they fall victim to a theft.”