Pride banners will be up until the end of the month, celebrating LGBTQ Pride 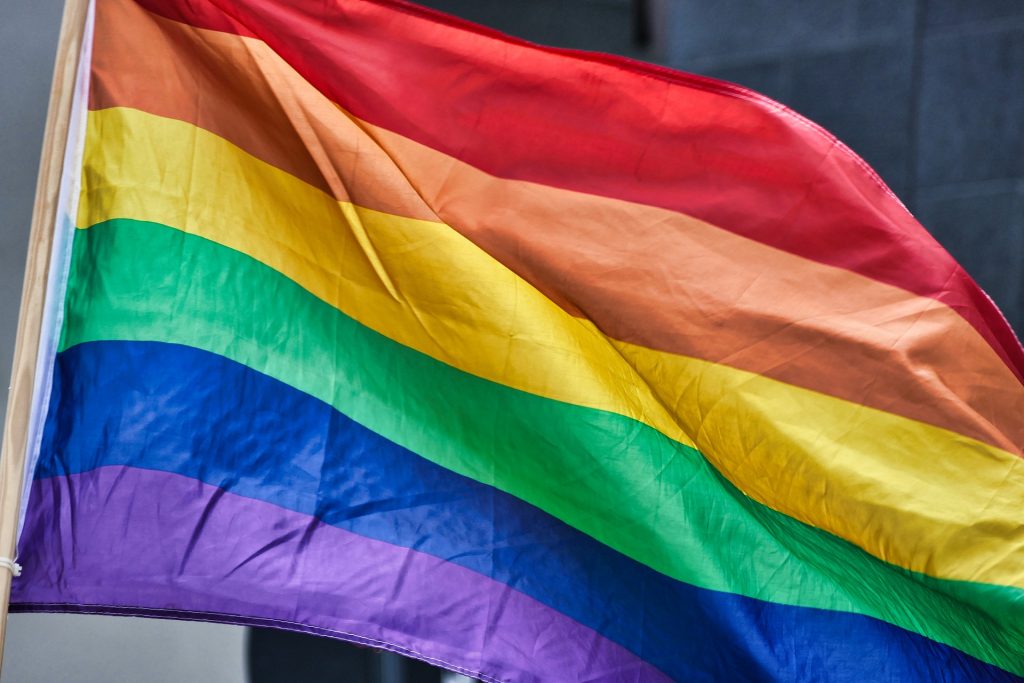 “This week we hear from Elyse Bittner of our IDEA Board:” – Mayor Louis Manzo

For the first time, Main Street of Mullica Hill is decked with rainbow banners in honor of Pride Month this June. The banners, donated to the township by an anonymous resident, represent LGBTQ Pride – a nod to the value of inclusion and diversity here in Harrison.

“It is vital that we, as a community, send the message that each of us has the right to love and live freely and safely,” says resident Miriam Matz. “Our friends, neighbors, and children deserve to live where they are seen and valued.”

Several different pride flags exist, including the Ally Pride Flag, Lesbian Pride Flag, and Transgender Pride Flag. IDEA board member Jen Andiorio created the design for the banners that are hanging in town.

“I researched the flags and chose the most inclusive design,” she says. “I want all of our residents to know we are proud to have them as part of our community.”

The flag selected for the banner is a “reboot” of the original Pride Flag. It was created by artist Daniel Quasar in 2018. According to Quasar’s KickStart page, the background of the flag has the LGBTQ 6 full-sized color stripes representing life (Red), healing (orange), sunlight (Yellow), nature (Green), harmony/peace (Blue), and spirit (Purple/Violet). The hoist has 5 half-sized stripes representing trans individuals (light Blue, light Pink, White), marginalized POC communities (Brown, Black), as well as those living with AIDS, those no longer living, and the stigma surrounding them (Black).

Resident Jenn Neglia said a sense of belonging is something all people in our town should feel, and the banners help promote that.

“The flags signify how Mullica Hill is a place of inclusion, which is what we as neighbors all benefit from feeling,” she says. Bridget Longoria, another resident, agrees. “The celebration of LGBTQ pride is so important. As a community, we should support the continued fight for LGBTQ acceptance, safety, and the right to love.”

According to a 2020 study of 40,000 LGBTQ youth ages 13-24 conducted by The Trevor Project, 40 percent considered suicide in the last 12 months, 68 percent reported symptoms of generalized anxiety, 48 percent reported incidents of self-harm, and 1 in 3 reported being physically threatened or harmed in their lifetime due to their LGBTQ identity. Mental health therapist and resident Michele Fecht said the flags can give LGBTQ youth and adults the feeling of being seen, respected, and included.

“It can ultimately have a positive impact on their mental health,” she said. “I am proud to be in a town that wants to contribute to the positive well-being of the LGBTQ residents, their families, and the community.”

“It lightens my heart to see this display of acceptance and pride throughout our community,” says resident Kacy Alestra. “I hope that it helps LGBTQ individuals feel a significant change for the better in our town.”

The Harrison Pride banners will be up until the end of the month, celebrating LGBTQ Pride each June, as well as throughout the year.