Nonprofit Unfinished Clothing Co. is the brainchild of Charlotte Levan. 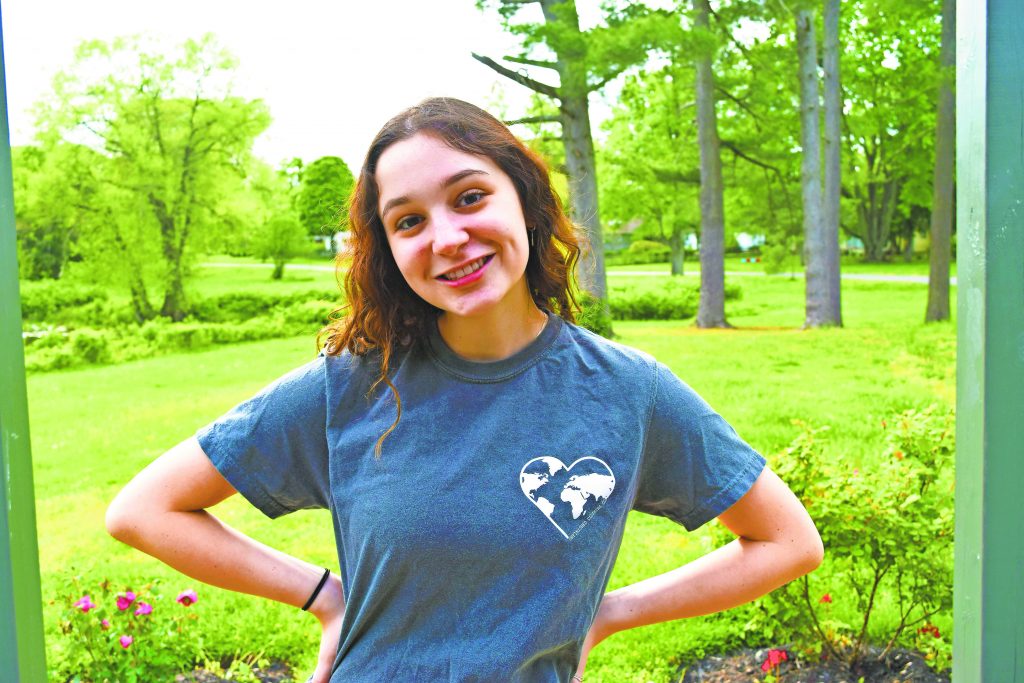 When Moorestown High School junior Charlotte Levan tuned in to President Joe Biden’s inauguration, she was deeply moved by Amanda Gorman’s poem, “The Hill We Climb.” She was particularly taken with one line: “Somehow we have weathered and witnessed, a nation that isn’t broken, but simply unfinished.”

It got Levan thinking that there’s still time to make a change in the world, and with that, she decided to start her own nonprofit. Levan launched Unfinished Clothing Co., through which she sells hand-designed T-shirts, with 100 percent of the profits donated to the Immigrant Families Together Foundation. The foundation  provides assistance to immigrant families in America in the forms of legal representation and bond payments, as well as money for necessities such as rent, clothing and food.

Levan considers herself politically active, and she’s always strived to stay aware of current events and issues. But she always felt a bit helpless about her ability to make any sort of direct impact on the world. Something changed when she heard Gorman’s words though, and Levan decided it was time to take action. She  informed her mother of her plans to launch a nonprofit by April.

As she started brainstorming ideas, Levan knew she wanted to begin with something simple to make before expanding into other products, so she decided to start with T-shirts. She designed the logo  — a heart with a map of the world inside. She took out one section of the heart to make it unfinished, a way to tie  the logo with the nonprofit’s namesake.

As she decided who would be the beneficiary of her nonprofit, Levan took a step back and tried to determine what issues are most important to her. An aspiring nurse practitioner, she said she’s a firm believer that everyone deserves access to health care, and she hopes to one day provide that to undocumented immigrants.

As Levan thought about families separated at the border who face inhumane treatment and a litany of barriers to entering the country, she knew that was where she wanted to direct her efforts. Levan chose the Immigrant Families Together Foundation because she wanted to support an organization making a direct impact on people. She was drawn to the foundation because it is a boots- on-the-ground effort bringing lawyers to the border or giving people direct financial assistance.

Levan’s mother helped her with the 501(c)(3) and some of the other financial aspects of the business, and from there, she created a GoFundMe page seeking  donations to cover start-up costs. She was met with support from friends, family and the community who helped her raise about $1,000.

Once she had the funds, Levan got the shirts printed at Showcase Graphics on Main Street and asked her friends to act as models. From there, she designed the website herself, and true to her word, Unfinished Clothing Co. officially launched in April.

“The response has been so overwhelming,” Levan said.

She noted that people in the Moorestown community are sharing her social media posts and are eager to help her spread the word. In about a month, Levan has generated around $800 in sales, and her business isn’t finished just yet. She hopes it’s only the beginning.

To learn more or to purchase a shirt, visit unfinishedclothingco.org.