Last spring, Burlington County Institute of Technology (BCIT)’s performing arts students were at work on what they described as one of their most ambitious musicals.

They were two weeks away from opening a production of “How To Succeed in Business Without Really Trying”, a more than two hour performance filled with Big Band numbers, full cast dances and detailed set pieces.

Then the world shut down.

“There was a sense of disbelief,” said junior Brock Warren of the early days of COVID. “It was really upsetting to know that we weren’t gonna be able to put it up.”

More than a year later, BCIT students are preparing for their first in person production since the pandemic caused theaters around the world to close. “One Step Closer,” a cabaret of classic and contemporary musical theater, will play two shows on May 14 and 15.

“To know that we’ll be on a stage and real people will be able to stand there and hear us and react to us in real time, it’s a feeling that I can’t wait to feel again,” Warren enthused.

The show will be outdoors and the cast will wear masks while performing group numbers. The audience will sit in socially distanced pods with friends and family and masks will be required at all times.

Students rehearsed for the show in a hybrid format. A lack of in person rehearsals made it difficult to keep up on choreography, according to dance major Riley Konstance.

“That just made me strive to work harder,” said the junior from Medford Lakes.

Warren noted that “One Step Closer” is different from any show BCIT has produced because of the hard work it took to make it a reality.

“The show has more heart than a lot of the other ones we’ve done,” he explained. “Anyone who misses Broadway, who misses the theater experience and that personal connection, should definitely come see this show.”

Performers were able to choose some of the show numbers. The result is an upbeat collection of songs that will showcase the cast’s talents and leave the audience tapping its feet.

“You can just feel the joy and the fun when people are performing this stuff,” said senior Jared Jefferson. “It is contagious. You just can’t help but smile when you look at some of these people doing their songs.”

Jefferson, who plans to study acting at Ithaca College, said although the pandemic has put theater on hold, he’s grateful for the impact it has had on the industry.

“I genuinely think it took people being locked in their houses and forced to think about something to have a conversation about race and misogyny and ableism in theater,” he added.

“I think people will find such a newfound appreciation for Broadway,” he said. “You never know how much something means until it’s really gone.”

Tickets for “One Step Closer” are available at bcit.cc or on Facebook at BCIT Medford Academy of Performing Arts. 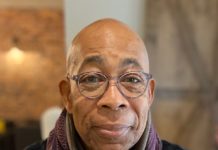 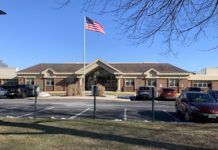