Three Cherokee High School freshmen students faced the challenges of a virtual atmosphere head-on as they grew their podcast brand in a pandemic.

“We had 1,700 downloads I believe, which is pretty good for guys just starting out in podcasting and only three listeners,” said Sam Levin.

The voices behind Bro Cave Podcast, Levin, Daniel Leonard, and Luke Dorfman, realized the growth of their platform could mean not just sports talk but a way to give back to the Marlton community.

Once the teens noticed an increase in listeners, they looked into promotion deals and created a logo for their brand to potentially sell merchandise. After working with a designer, they created Bro Cave Sports T-shirts to sell through their platform.

“We only had two rounds of like 100-plus shirts; we sold out of them,” said Leonard. “And we donated all that money to the Marlton Recreation Sports Council.”

Growing up, the Marlton Rec Center was a place where the boys were able to learn the basic foundations of different sports, foundations that have given them a concrete background on how they talk about sports today.

“We were all part of the MRC program originally, which is why we donated,” Levin said. “Rec was huge for us. I know we all played soccer, baseball, and basketball through MRC.”

Their donation to the rec program will help pay for new equipment, jerseys, shoes, and other gear needed for different entry-level sports.

“We gave $1,000 this year, and then hopefully going forward, we’ll make new shirts coming in the fall. And then we’ll donate that money again,” Levin explained.

This year has brought plenty of hardships to families, but the students saw firsthand how some of their friends were struggling to pay for equipment. Their goal was to help them take part in travel or Little League teams.

The boys also became aware of how disabled kids are a big part of their community, and they wanted to offer them a place to go to express themselves through a sport, according to Leonard.

“I’ve seen in sports the friendships you can build and the people you get to know is great,” he said. “It’s also the same with these podcasts like we get these athletes on and we just bond over sports. I feel like we’re friends by the end of the podcast.”

Leonard, Dorfman, and Levin met each other in the third grade at Helen L. Beeler Elementary School. Now in ninth grade, the boys are best friends who spend the majority of their time together.

The Bro Cave Podcast is produced weekly and has 35 episodes so far that include sports topics and talks with special guests, such as baseball, basketball, football, and hockey players.

The podcast can be found on Apple Music, Spotify, and iHeartRadio. All merchandise and new releases can be found through the Instagram page at  @brocavesportspodcast. 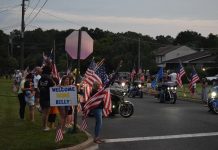 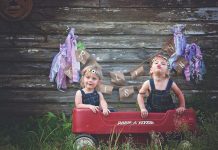 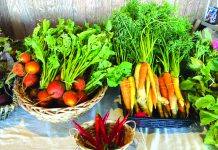