The Sun Newspapers
Home Palmyra News A Blast From The Past: Running with scissors
Facebook
Twitter
Email
Print

By WILL VALENTINO
Special to The Sun

I was very sad to only recently hear about the passing of Bill “The Barber” Robinson late last year. Bill retired a few years ago after having a shop in Palmyra for nearly 45 years. That’s an amazing run in Palmyra, even more so with scissors in your hands!

Sitting in that singular, old beat up barber chair in his shop, Bill and I would often talk about Palmyra history, Elvis and the comings and goings of businesses around town and there was always plenty of that to talk about. Bill would snip and talk and I would listen. I often remarked he looked like one of the Doobie Brothers with that unwavering mane of silver locks he sported on the top of his head.

After opening his shop every morning, Bill could often be seen religiously walking over to Roger’s News where he picked up the daily paper which was shared with his customers.

He was thrilled when I presented him with a framed photo of August Weikman – another famous barber who lived around the corner from his store. You get a lot of that in this town. The photo was proudly displayed in his store until his retirement. Weikman, arguably one of the most famous barbers in the world, survived the sinking of the Titanic but that was nothing to surviving in Palmyra for 40-plus years on Cinnaminson Avenue!

Bill’s barber shop was one of the staple businesses in town and his $7 haircuts – truly legendary!

Bill. We will miss you. 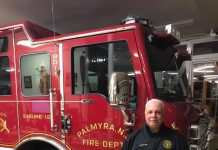 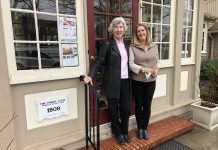