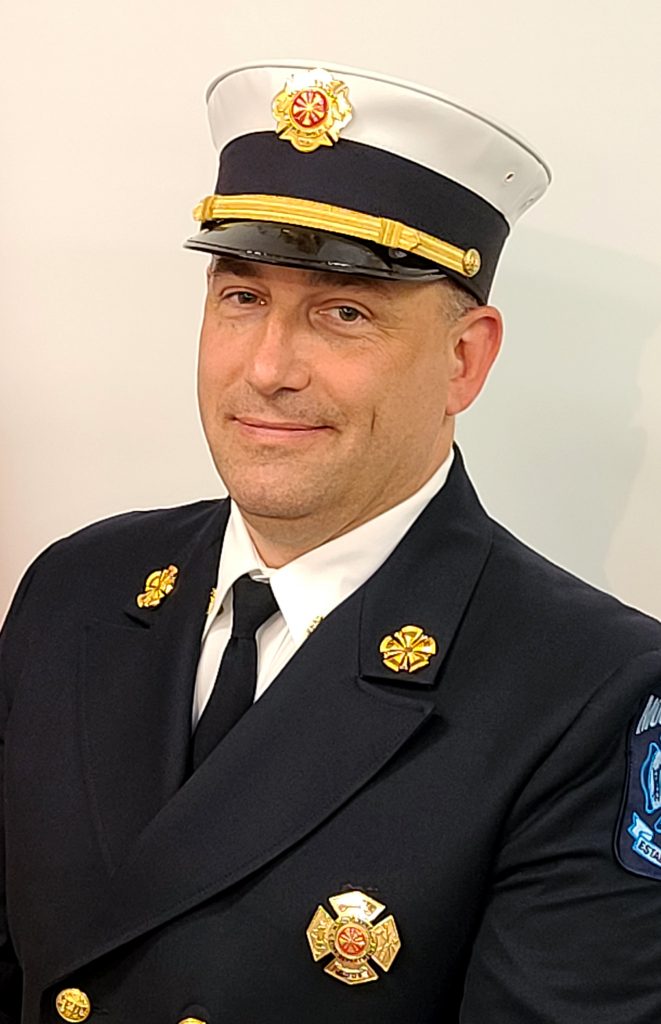 John M. Colucci, Chief of the Mount Laurel Fire Department since 2011, announced that he would retire after a 25-year career in the fire service. During his tenure as Chief of Department, Colucci worked to ensure that personnel under his command were always addressing safety concerns aggressively and professionally while also strengthening the relationship between the Fire Department and the community of Mount Laurel.

Colucci joined the Carteret Fire Department as a volunteer firefighter beginning in 1994. On March 19, 1996, he was hired as a career firefighter with the Mount Laurel Fire Department (MLFD). He quickly rose through the ranks and was promoted to lieutenant in December 2001. In January 2005, he was assigned as the department’s training officer. Colucci was then promoted to the position of captain in February 2005, deputy fire chief in August 2007, and ultimately, chief of the department in October 2011, where he served the department and community honorably.

Colucci made significant contributions to advance and improve the efficiency of the MLFD. These include continued improvement with the department’s ISO rating from a Class 4 to a Class 3, full implementation of the 24-hour staffing plan at all three stations, investments and improvements in firefighter safety with the acquisition and implementation of firefighter bailout systems, upgrades in technology to improve efficiency and effectiveness of day-to-day management and fire operations, oversight and success of obtaining several large grants, acquisition of new firefighting equipment and apparatus, and increased staffing levels within the department to improve and enhance service delivery, quality of life, and to better serve the residents of Mount Laurel Township. His accomplishments in all of the above are a testament to his dedication and will remain part of his lasting legacy with the Mount Laurel Fire Department.

Colucci resides in Mount Laurel with his wife Lauren and 4 children. His son John has followed in Chief Colucci’s footsteps and is proudly serving as a firefighter for the MLFD.

Christopher Burnett, Deputy Fire Chief, who was appointed as a career firefighter in 1997, has been named his successor as Chief of Department.