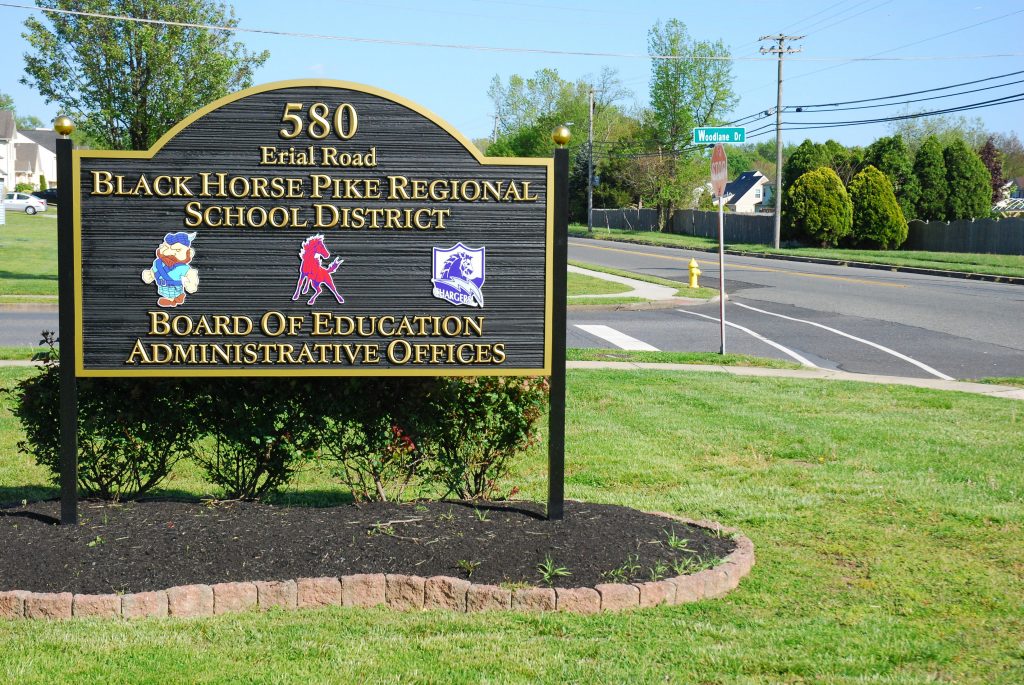 The bulk of the recent Black Horse Pike Regional School District Board of Education meeting on April 22 was spent on its public comment portion, where principals, coaches, parents and the vice principal (VP) for athletics and activities advocated for athletic directors in each school as opposed to just one for the entire district.

The three VP Athletic Directors at Timber Creek, Triton and Highland Regional high schools received Rice notices on Monday, which means a governing body will address their employment at an upcoming meeting. However, the idea of having one director in each school has been seen as an overwhelming success.

Before the first person spoke during the public comment portion of the board’s meeting,  Superintendent Brian Repici made a last minute announcement on the subject, which was not on the agenda.

“The board is contemplating entering into a strategic planning process whereby the bulk of the goals of the board and the community can be identified in a structure that supports those goals,” Repici said. “To begin this process, the board of education and myself thought it was prudent to first review the VP Athletic Director (AD) position and solicit input from said employees. They have their right to have this discussion in public. If, therefore, any of these employees in this position would like to address the board this evening, you may do so at this point.”

Frank Torcasio, Keith Williams and Mike Berger, current VP Athletic Directors, spoke at length about the positive impact their roles have had on the athletic community at large, and what they have been able to accomplish over the course of the past year.

Torcasio, former district athletic director and current VP Athletic Director, shared how valuable it has been to have students and faculty know where to reach him. Being at one school allowed him to develop better relationships with the students and parents than when he was constantly rotating between all three buildings. The new role, he said, allowed him to pay more attention to detail and take on projects he couldn’t before.

“You’re in the building, you can see it done,” Torcasio explained. “You’re not having an idea and having other people try to implement it for you. You’re actually there, you have a finger on the pulse, you know what’s going on.”

Mike Berger, another VP Athletic Director, related that because there are three directors rather than one, the schools have been able to continue athletics programs safely amid the pandemic.

“Going forward, I believe building athletic directors offer the best opportunity for our students, and that’s what we’re here for,” he concluded.

Melissa Sheppard, principal of Triton Regional High School, also argued for keeping the individual positions. She described how Keith Williams, athletic director for Triton, moved batting cages out of a swampy area on school grounds onto dry land and had a permanent fence installed.

“This was all stuff we had talked about since my first year here in 2008, but it took having a building AD (athletic director) to get it done,” Sheppard noted.

Ronda Bard, parent of a student at Highland, also shared her perspective.

“Mr. Berger is accessible to the parents, to the students,” she said. “He’s at every game …

To go backwards would seem irresponsible on the board of education’s behalf.”

The next board of education meeting on May 6 at Highland will be a public session on the budget for 2021-2022. It will start after the executive session, which begins at 6 p.m.