Expenses remain below the appropriation cap for the 10th straight year. 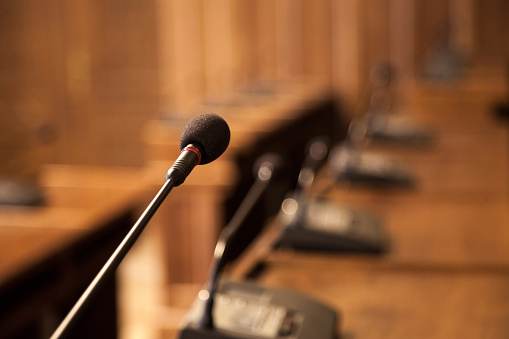 Deptford Township Council introduced a municipal budget at its April 19 meeting that contains no tax increase. And for the 10th consecutive year, council was also able to keep its general operating expenses at $901,000, far below the appropriation cap.

“This meeting is one of the most important meetings of the year because it is something we work on year-round,” said Mayor Paul Medany.

Appropriation is the procedure through which council allocates funds for particular purposes. The average home local purpose tax is $1,522 a year, so local homeowners will not have to spend an extra $122 a month on taxes. The purpose tax funds all municipal operations and services that include traffic, playgrounds and public safety services. Potential increases in utilities such as gasoline and other general material costs were also considered.

“Residents are happy with the court and the seniors love them,” said Councilman Bill Lamb. “It’s a packed house.”

Final touches to the pickleball court continue. Once done, base paving and stripe painting have to sit for 30 days. Township Engineer John Bryson hopes to get the paving done by the end of the week.

Despite a zero increase in the property tax, other levies such as school district and county taxes will see increases. An exception is the fire district, whose budget also negates a tax increase.

“The finance committee did an outstanding job while our community and businesses have been hurting,” said Councilman Wayne Love.

— Council adopted a stormwater ordinance that means flood control, groundwater recharge and reduction of pollutants will be accomplished through stormwater management actions.

— Also adopted was an ordinance on signs that amends Section 30. The ordinance’s purpose is to encourage the effective use of signs to maintain communication with the municipality and citizens and provide an aesthetically pleasing environment. Signs could also affect Deptford’s ability to attract economic development and overall growth.

— A resolution was adopted that recognized New Jersey local government week, April 18 to 24.

— After the work session, a mock session was filmed so students can see what goes on at municipal meetings.

The next council session will take place on Monday, May 3.