“I am so impressed by Lindsay’s kindness, selflessness and generosity,” Mayor Susan Shin Angulo said. “She stepped up for her community and went above and beyond to help keep our seniors safe and healthy. She has been a lifesaver — literally and figuratively — for so many.”

“Throughout this incredibly dark and difficult year, stories like Lindsay’s have lit the way, and showed us what it truly means to be a caring, compassionate neighbor and take action in a time of need,” Fleisher said. “On behalf of the Township Council, we are proud to honor her and her efforts.”

Cunningham’s efforts, which included training her neighbors to form their own small vaccine scheduling network, were sparked after her own family members struggled with the process and asked her for help. She soon began working with more family and friends to help them navigate the scheduling systems and get their appointments.

The work fit well within Cunningham’s expertise, as she holds a master’s degree in public health from George Washington University and has worked on immunization programs for both the Centers for Disease Prevention and Control and the State of North Carolina.

Since Cunningham made the shift to working full-time as a stay-at-home mom after having her two daughters, she had the ability to work with the hundreds of seniors who soon began reaching out for her help for vaccine appointments this spring.

“It just became word-of-mouth, people kept calling and asking if I could help them,” Cunningham said.

So she did — and soon trained her neighbors on all the tricks she’d picked up along the way. So far, they’ve now helped schedule more than 200 appointments. One of those neighbors, Nancy Sipera, described Cunningham as a “silent hero” in the township. It’s a title Cunningham brushes off, only saying usually likes to “fly under the radar” and she has just been trying to focus on positivity and help out after such a stressful year for so many.

“It’s been a great thing, just something positive that I can focus on and help people during this time,” she said after receiving the proclamation virtually at Monday night’s meeting. “I think we can get caught up in all the negativity and frustration, it’s been such a tough year. [I also] wanted to set a good example for my daughters that it’s good to step up and help people.”

The only thing Cunningham asks for in return is for the people she helps to “pay it forward,” whether that’s by passing her number along to another person in need or giving someone a ride to an appointment. 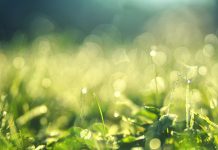